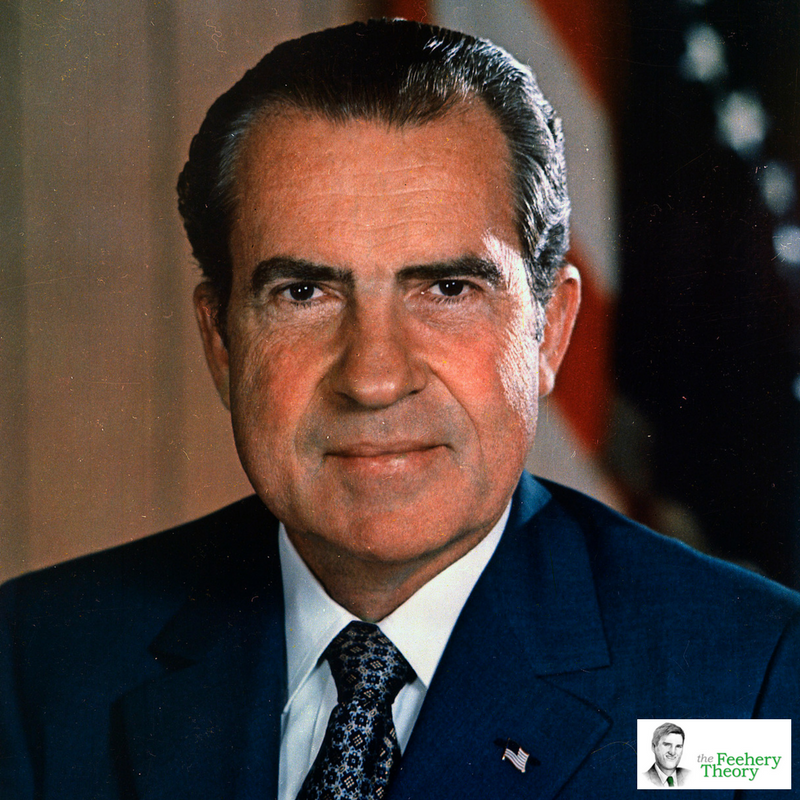 On February 21, 1972, Richard Nixon embarked on a trip that changed the world.

More than two decades earlier, the future President made his political reputation as a fierce anti-communist.  He was the one who led the charge against Alger Hiss and uncovered the Pumpkin Papers with the help of Whittaker Chambers.  He was the one ran against Helen Gahagan Douglass in his first Senate race in 1950  and said that she was “pink all the way down to her underwear,” implying that she was a communist.

But in 1971, Richard Nixon saw an opportunity, as President, to reshape the international landscape and commenced negotiations with one of the mysterious countries on earth, China.

America hadn’t had diplomatic relations with the most populous country in the world since Mao had driven Chiang Kai-shek out of mainland China and to Taiwan (just as Nixon was winning his first Senate race).

But Nixon and Kissinger saw an opportunity to exploit tensions between the two major Communist powers, the Soviet Union and the People’s Republic of China.  And he wanted leverage to find a way to get America out of Viet Nam.

And so, at great risk to his reputation as an ardent anti-communist, he traveled to Beijing and met with Mao.  It was an astounding political and strategic success for the President.  And he was right when he claimed that it was the week that changed the world.

Today, President Trump is expected to announce an end to the DACA program.  DACA was a Presidential executive order signed by President Obama that basically allowed people who are in America illegally to stay in America and enjoy full citizenship rights.

President Obama identified those eligible for the DACA program as those who were brought here as children by their parents without the proper documentation and without the proper approvals of the federal government.  Many of these who qualified for DACA are no longer children.  They are adults who may be going to college, may have stable jobs, may have mortgages and may otherwise be living lives as good citizens of this country.

What they don’t have is permanent legal status.  And that is a problem for them, for their employers, for their children, and for creditors who have extended them credit.

The responsibility to extend them permanent legal status rests not with a President who can sign an executive order.  It lies with the Congress.

And that was always the Achilles heel in President Obama’s DACA executive order.  He knew it would not withstand a legal test should one be brought to the courts.

President Trump (or his legal team) understands that too.  And that is why he is giving the Congress six months to come up with a plan to fix this problem in the proper venue, which is the legislative branch.

I think this is President Trump’s Nixon to China moment.

If Trump can deliver comprehensive immigration reform, he will reset the political landscape. #DACA Click To Tweet

If he can deliver comprehensive immigration reform, which includes a dreamer component, includes something to fix the visa programs to make it much more compatible with a growing economy, includes enhanced border security (if not actually a wall), includes a plan to deal those who are here illegally but can’t go back to their home countries, and includes a more aggressive plan to round up and deport those who are members of criminal gangs like MS-13, he will reset the political landscape and do something that neither President Bush nor President Obama could deliver:  a workable and fully functioning immigration system that will truly make America great again.

Congress needs to do this and now they have timeline and adequate cover from the President.  They should seize this opportunity and get it done now.