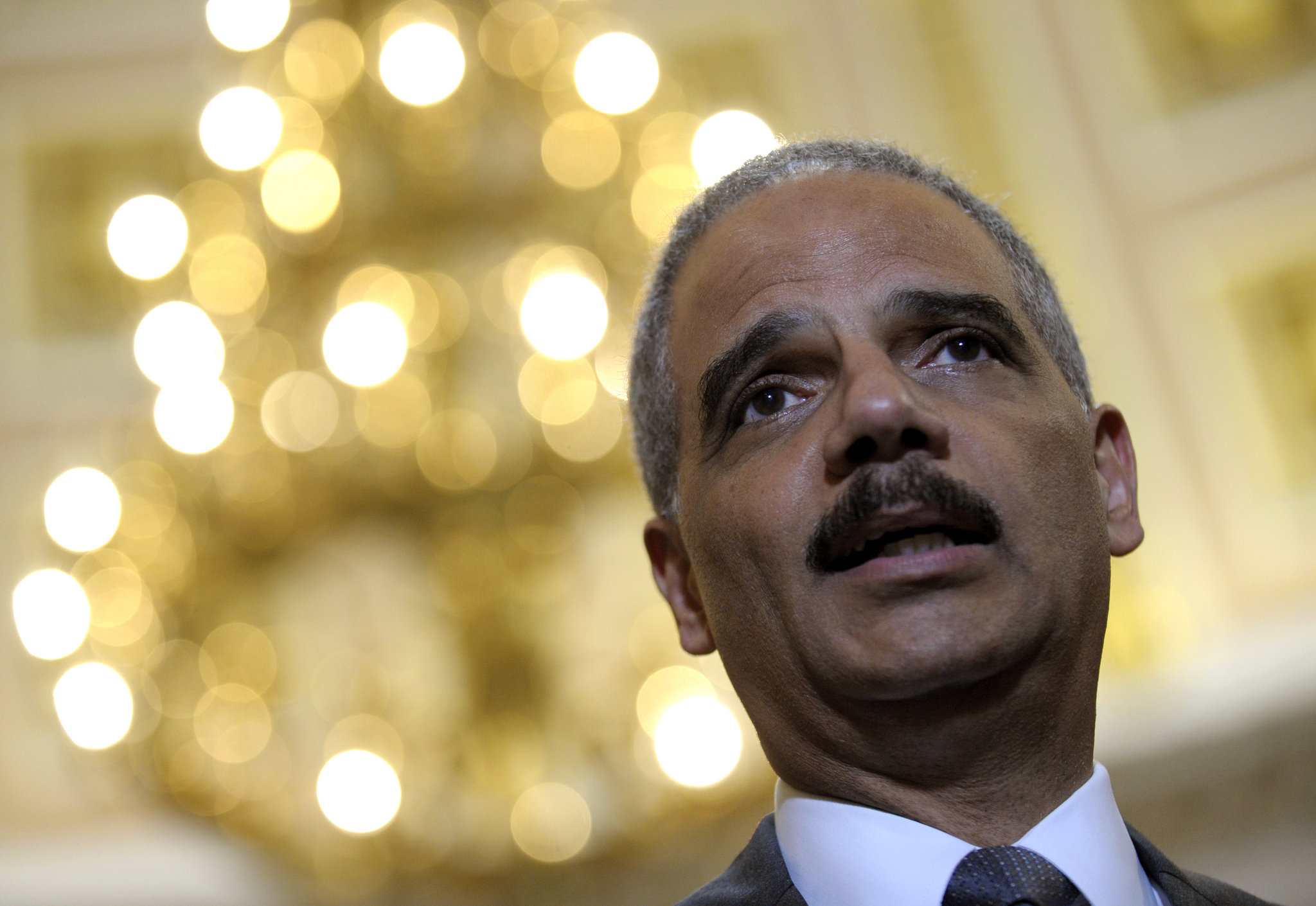 In 1821, the Supreme Court found in Anderson v. Dunn, that Congress' power to hold someone in contempt was essential to ensure that Congress was "... not exposed to every indignity and interruption that rudeness, caprice, or even conspiracy, may mediate against it."

Outside the power of purse, this is one of the most potent weapons the Congress has to assert its power over the Executive Branch.

Bribery of a Senator or a Representative used to be viewed as holding Congress in contempt.  I could say something funny here, but I am going to let you draw your own conclusions.

The beauty and the weakness of our constitutional system is that the legislative and executive branches don’t always get along.  Sometimes, the Congress wants to find out exactly what the President’s people have been up to, and sometimes the President doesn’t feel like sharing.

This current fight over Eric Holder is a perfect example of what happens when the Administration is from Mars and the Congress is from Venus.  This was bound to happen at some point in time.

Things have not progressed very smoothly at the Justice Department.  They wasted millions of dollars in an unsuccessful prosecution of John Edwards.  They wasted millions more dollars in another unsuccessful prosecution of Roger Clemens.  The Public Integrity Section still has egg all over its face for its shabby treatment of former Senator Ted Stevens.

Holder has been a lightening rod since he became Attorney General.  There have been reports that he has clashed repeatedly with White House political operators.  One famous incident had him nearly coming to blows with David Axelrod, the President’s message guru, in the Roosevelt Room and that Valerie Jarrett had to break up a potential fight.

Everyone knows that Eric Holder has become a liability for Mr. Obama, which makes it more interesting that he has been forced to come to the Attorney General’s defense by backtracking on his own campaign rhetoric in invoking Executive Privilege.

This probably didn’t have to happen.  Eric Holder should have given up all of the documents and let Darrell Issa do his due diligence.  After all, as Chairman of the Congressional Committee charged with oversight of the executive branch, Issa is just doing his job as he sees it.

Looking at the history of Executive Privilege and Congressional contempt charges, my guess is that this will get worked out before it comes to a vote in the full House next week.  The President doesn’t need this grief right now, and Eric Holder’s reputation will not be improved by side-stepping an important Congressional investigation.