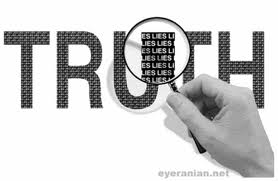 Our current President is particularly good at spawning conspiracy theories. He is a Muslim. He hates America. He is a racist. He worked with Bill Ayers to overthrow America. He wasn’t born here. He never actually went to college. He is the Manchurian candidate. He is actually a space alien.

Conspiracy theories are fun for the whole family. It gives a purpose to all things. It means that somebody has a plan somewhere.

There are a number of good conspiracy theories that will come out of this Osama Bin Laden assassination. First, of course, is that he is still alive. No matter if those photos are released or if they are not released, some percentage of the population will believe that Mr. Bin Laden is still alive.

Another conspiracy theory is that Bin Laden has been dead for months and that the President finally revealed this today because he wants an excuse to pull our troops out of Afghanistan and to prop up his popularity ratings.

A third conspiracy theory is that Bin Laden has been under Pakistani house arrest for three years and that the CIA has know all about his imprisonment, but found it useful to keep him in jail until this point. Again, politics is the only reason that the President to decided to have him killed over the weekend.

Conspiracy theories cannot be verifiably dis-proven to those who believe in conspiracy theories. It is pointless to try to prove to the disbelievers facts that they will never accept at face value. To conspiracy theorists, all facts are manufactured and all lies are credible. That is the beauty of a good conspiracy. It doesn’t have to be remotely true to be true.

The White House shouldn’t waste its time trying to convince conspiracy theorists that the man who the Navy Seals killed was indeed Osama Bin Laden. Nor should they base their decisions on policies because they are worried about this conspiracy or that conspiracy.

Anybody who has worked in government knows that our government is not smart enough to do conspiracy theories. It just isn’t in our DNA. FDR didn’t know about Pearl Harbor. JFK wasn’t killed by the CIA. George Bush didn’t blow up the Twin Towers. Barack Obama is not a Muslim. Elvis left the building and yes, Jim Morrison is still dead.