The Connection Between Steve Bartman and Elizabeth Lauten 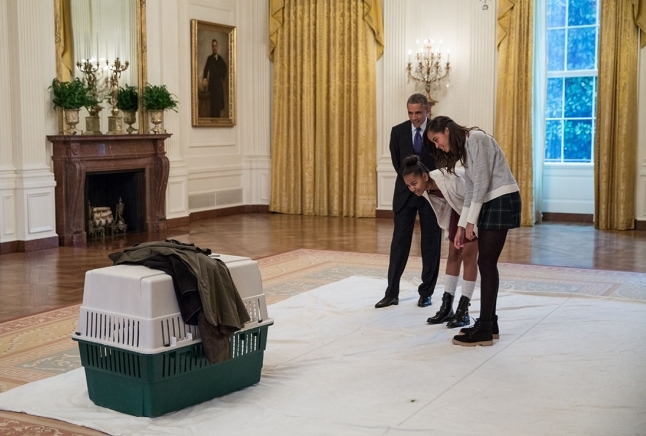 As many of you may know, I have utter contempt for the Chicago Cubs.

It’s in my blood.

I am a White Sox fan, through and through.    (Something I share with Barack Obama, I might add).

And as a White Sox fan, part of my DNA is to hate the Cubs.

The Steve Bartman affair reaffirmed my hatred for the Cubs.

Bartman was the Cubs fan who unwittingly tried to catch a foul ball during the Cubs playoff series against the Florida Marlins, and in the process, made it impossible for their left-fielder, Moises Alou, to catch the ball.

Had Alou caught the ball, there would have been two outs in the inning.  The Cubs were up 3-0 in the 8th inning, up 3 games to 2 in the 7 game series, and the theory goes, if only Alou had been allowed to catch that ball, the Cubs would have magically been able to close out the series.

Instead, in predictable Cubs fashion, they lost the game, lost the series, and continued their historic pattern of basically sucking.

Nope, they blamed one of their own.  Yep, Steve Bartman.

It got so bad, that he had to go incognito.  There were death threats against him.  He feared for his life as he left the stadium.  He had to move out of his house.

All because he tried to catch a foul ball.

It’s really a sad incident in American sports history.   Cub fans should be ashamed of themselves.

ESPN did a fascinating story about the Steve Bartman affair.  It focused mostly on the use of scapegoats in world history.

In Ancient Times, the Jewish people would cast an actual goat into the desert as a sacrifice on their Day of Atonement.   Greeks would actually take a person (a criminal, a beggar or a cripple) and exile them from their communities when a natural disaster hit, as a kind of sacrifice to the Gods.

The scapegoat, in Western History, has evolved into someone who gets blamed for a chain of events that they had little if anything to do with.

I was thinking about scapegoating and Steve Bartman in the context of Elizabeth Lauten.

Elizabeth made some inopportune comments on Twitter about the President’s daughters  and was forced to resign her staff position in Congress because of them.

Lauten is no stranger to social media.  She has a huge following, much bigger than the average Congressman, let alone  a staff member.    Because of that huge following, when she says something, it gets noticed.

This is what she wrote:

Dear Sasha and Malia, I get you’re both in those awful teen years, but you’re part of the First Family, try showing a little class.  Rise to the occasion. Act like being in the White House matters to you. Dress like you deserve respect, not a spot at a bar.

Ok, not the most genteel of remarks.  And I get that we need to be extra careful when talking about the children of our Presidents.

But in all fairness, the President himself put his kids in the spotlight by inviting them to a public event where they were there to witness the pardoning of the Thanksgiving Turkey.

And I don’t remember the media being so careful with the Bush daughters, whose antics were regularly featured in the Washington Post.

Yes, Elizabeth’s comments were snarky.   But isn’t that what Twitter is all about?

And since when can’t we comment, in public, on the attire of folks who appear in public events at the White House, no matter who they are.

I remember several years ago when a bunch of female college student athletes showed up a White House event wearing flip-flops and that caused a huge mini-scandal.

Lauten’s comments caused an amazing and scary backlash from the left and the left-leaving media.

Immediately, liberal opposition researchers discovered that she once was caught shop-lifting, as if a transgression that occurred 15 years ago somehow made her an even more despicable Twitter tweetee.

Elizabeth was of course, forced to resign her position as a staff member, and then forced to apologize over and over again, merely because she made a comment that the Obama girls weren’t sufficiently attired for a public event.

The Left is somehow trying to imply that Lauten’s comments are race-based.

It seems to me that they are scapegoating Lauten out of frustration over Ferguson.

They want to expel her from the community, send her out into the desert, not because of her relatively innocuous comments about the Obama girls, but because she was a good target for vitriol because said the wrong thing at the wrong time to the wrong audience.

And now, like Steve Bartman, she is facing social ostracism, death threats, and whole host of crazy communications from crazy people.

This whole media frenzy is sad and despicable, all at the same time.

I may not agree with Elizabeth Lauten’s comments about what the Obama girls were wearing at the public White House event (where they were on stage), but I will defend her right to tweet them.

Isn’t that why we have a First Amendment in the first place?