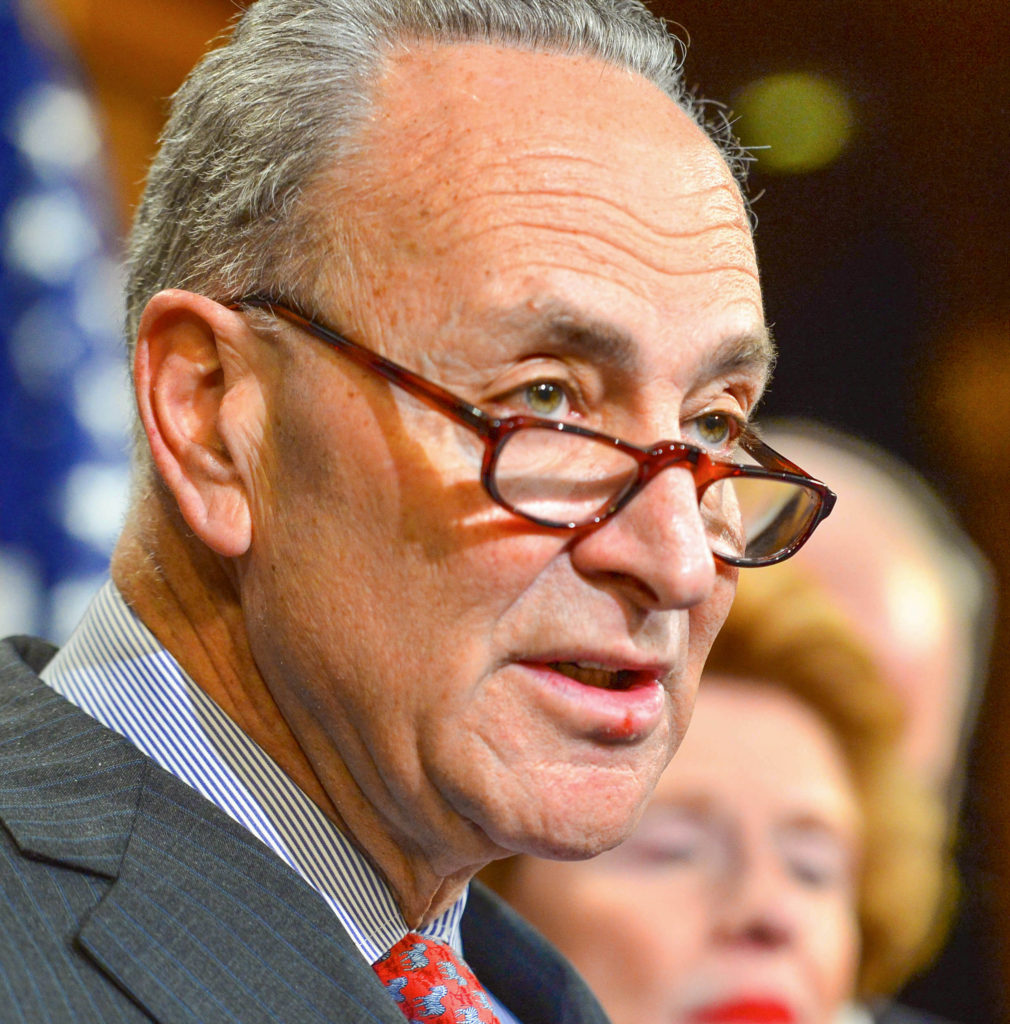 Chuck Schumer is not a stupid man, so what precisely was he doing when he shut the government down, knowing that it wouldn’t work?

He had to show his liberals that he supported their “resistance.”

But he had to make it snappy, because he knew that the Republicans were going to win the public relations war.

Who had a better message?

We will close down the Federal Government until we get our way on immigration reform.

Democrats are shutting the government down because they aren’t  getting their way on immigration reform.

I know, it’s basically the same message and either one was a disaster for the Democrats.

I get it that the idea of helping the Dreamers polls off the charts.

Who couldn’t be for the idea of helping a group of people named Dreamers?

But shutting the government down in order to show your support for a relatively small group of immigrants is a different kettle of fish entirely.

I may be with you on your pet cause, but if you make me late for my kid’s basketball game because I am stuck in traffic that you caused, I will hate you forever.

The problem for Chuck Schumer, who is a smart guy, is that he had to show his far left that he is with them, even though everybody knows he is not really with them.

Schumer is the guy who secretly protects Wall Street and the carried interest tax loophole.

Sure, he is liberal but in an Upper West Side Manhattan kind of way.  He is a liberal whose best friends are very rich people.

The rich are different than me and you.  They have more money.

The problem for Chuck Schumer is that by precipitating this fight, he is making it much, much harder for Republicans to reach a deal on the Dreamers.

Why should they cave then when you caved now?

And because the Democrats chose to make this about politics instead of about coming to a common-sense policy consensus, they have made the Dreamer situation that much harder to solve.

If I were the Republicans (oh, wait, I am a Republican), I would demand more funding for the Wall, more internal security, more prohibitions to chain migration.

I would stick it to Chuck Schumer and to all of those Democrats who thought they could win by shutting the government down.

You can never win by shutting the government down.  And if you lose in the game of chicken once, you will never win again.

Chuck Schumer is a smart guy.  I thought he would be smarter than this.