China As A Campaign Issue 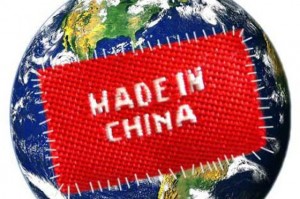 Last week, the New York Times reported on an interesting phenomenon. Communist China is becoming the hot campaign issue for both Republicans and Democrats.

David Chen reported: From the marquee battle between Senator Barbara Boxer and Carly Fiorina in California to the House contests in rural New York, Democrats and Republicans are blaming one another for allowing the export of jobs to its economic rival. In the past week or so, at least 29 candidates have unveiled advertisements suggesting that their opponents have been too sympathetic to China and, as a result, “Americans have suffered.”

President Obama’s attack on the Chamber of Commerce was a ham-fisted attempt to link China to American business.

In the 1980’s, the biggest target for American protectionists was the Japanese. In fact, in 1985, our trade deficit with China was only a measly 6 million dollars. By 1995, that trade deficit rose to $33 billion, soaring to $83 billion in 2000, and skyrocketing to $202 billion five years later. The highest point the trade deficit hit was in 2008, when the imbalance between China exports and American export hit a staggering 268 billion dollars.

China exports a helluva lot more electrical machinery and equipment ($72 billion) and power generation equipment (about $62.4 billion) back to the U.S. They also send us apparel ($24 billion), toys ($23.2 billion) and furniture (about $16 billion)

Some trade gurus have suggested that the surge of U.S. imports from
China do not pose an additional threat to U.S. industries and workers because it
merely represents a shift of investment and production from other Pacific Rim countries. These so-called gurus should tell that to the American people, who have lost a lot of jobs and are blaming the Chinese.

The United States is still the world’s largest manufacturer. It leads the world in airplane manufacturing and it is on the leading edge in many other industries, including petroleum, steel, motor vehicles, aerospace, telecommunications, chemicals, electronics, food processing, consumer goods, lumber, and mining.

As the Heritage Foundation points out in a report they did on China trade, it is not the Chinese who are costing Americans jobs in these industries. “Trade with China has increased, but this increase has come largely at the expense of other U.S. trading partners. …The share of imports coming from China has increased by 14 percentage points since 1992. However, the proportion of U.S. imports coming from Pacific Rim nations other than China has dropped by 19 percent. The overall proportion of goods the U.S. imported from the Pacific Rim actually fell during that period… U.S. manufacturing employment has fallen primarily because U.S. businesses have changed how they manufacture goods. Advances in computers and robotics enable machines to perform many rote tasks that once required human labor. Manufacturers have replaced human labor with these machines in their production processes.” It is increased productivity that comes from machines, computers, and the information explosion. Despite the fact that about one out of every three manufacturing jobs has been lost, the manufacturing output in the U.S. has remained constant.

But there still is a huge imbalance between what we import from China and what we export to China. They export consumer goods, like toys, shirts, televisions, which are gobbled up by eager American shoppers in places like Wal-Mart. We export bigger things, like airplanes and cars and electronic equipment that they haven’t yet developed the ability to make for themselves.

The dream of American businessmen everywhere is that China will become a huge market for American goods. That is true to a certain extent, and hopefully, it will become truer as the Chinese develop even more economic capacity to spend for themselves.

But the Chinese people, held back by communism for so long, are still far, far behind when it comes to catching up to the Americans, Europeans and the Japanese, in a per capita sense. That creates imbalances. The average Chinese worker doesn’t make very much because they aren’t used to making very much. They don’t spend very much, because they aren’t used to having very much. So, they are perfectly willing to work at wages far below the wages of the American workers, but they are still not yet ready to buy whatever American consumer products may be available to have in China (they steal American movies and American music without too much hassle from the authorities).

American multi-national companies use this imbalance to their advantage (and who can blame them). They navigate the opaque Chinese bureaucracy to get as many of their products (or component parts) made by low-wage Chinese workers as possible, and then they re-export them back into the U.S. to sell at prices that are lower than they would have been otherwise had the products been made in Europe or the U.S., but much higher than they could sell them in China.

All of this is scant comfort to American workers (and voters), who see their jobs disappear and who see an easy scapegoat in the Chinese government (and in multi-national companies). This imbalance will probably continue to happen until the Chinese labor market starts heating up to such a point that the costs of doing business aren’t nearly as good of a deal as they are now. Then, the companies will look elsewhere to find lower-waged workers. And (hopefully) when wages increase for Chinese workers, perhaps American companies will find ways to export their products into China, achieving the previously mentioned dream of American businessmen everywhere.

Right now, all of that seems far away. American policy makers are grappling with the best way to deal with our structural economic imbalance with China. Do we erect trade barriers against the Chinese? Do we make them pay their low-wage employees more? Do we make them revalue their currency so that it rises in value against the dollar, making American products more competitive?

A trade war is not in America’s best interests. It will kill jobs here in the States and it will dramatically increase the price of consumer goods, just when American consumers can least afford it.

I don’t think getting the Chinese to artificially subvert the wages marketplace will work either. Every time we increase the minimum wage here in America, it kills jobs here in America. The Chinese are too smart to let that happen.

Putting pressure on the Chinese to let their currency float seems like the best option, although I doubt China will do that unless such a move is perceived by them to be in their best interests.

China has its own political pressures. Job-seeking peasants, who are destabilizing an already unstable society, are flooding their cities. Because American consumers aren’t buying as many Chinese products, this has hurt their labor market, much as it has hurt the American labor market.

Our policy should seek to find a way to make both the American worker and the Chinese worker prosper. This isn’t a zero-sum game. Global trade between China and America can help grow both economies as long as imbalances are managed, the marketplace is allowed to work.

American politicians are doing their best to get on the right side of the China question politically. But demagoguery, scare tactics and pure bullshit isn’t really what we need right now. We need a plan that will grow our economy and create jobs our workers, and perhaps for China’s workers too.