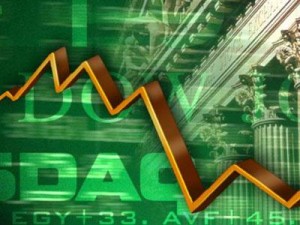 I ran into an old friend of mine who works in the hedge fund industry and he told me that if Congress fails to pass the extension of the tax cuts, the stock market is going to drop like a rock.

“It’s going to be like what happened after the first TARP bailout vote failed. It is not going to be pretty.”

Both the left and the right are engaged in a familiar game of chicken.

The left can’t stomach the fact that they are losing this opportunity to sock it to the rich. Against all evidence, these so-called progressives think that regressing back to a class-warfare argument is not only good politics, but also a great blow for fairness.

On the right, some are saying that this is a bad deal because we aren’t paying for an extension of unemployment insurance. Their pleas for fiscal restraint would have more resonance if they also offered to come up with ways to pay for the tax cuts.

Perhaps the only one who has a consistent argument is George Voinovich, who doesn’t want unemployment extended, but doesn’t want the tax cuts extended either. He is of the firm belief that these tax cuts aren’t going to help the economy and that we should take this time to fundamentally reform the tax code.

But he is also a deficit hawk, so my guess is that he really doesn’t want these tax cuts to stay in place in any way, shape or form.

This is the first real foray for President Obama into bipartisan negotiations, and frankly, he didn’t handle it very well.

First, he rushed the deal without properly bringing his people along.

Third, he didn’t really understand that his positions were unsustainable. While some on the hard left think that class warfare makes sense, it really doesn’t in this political environment. People don’t envy the rich; they want to be rich. And they understand that raising more taxes now makes it harder for them to achieve their dreams.

Nancy Pelosi doesn’t want to pass this “deal”, but she has to understand that in about three weeks, she ceases to be relevant. If she wants to have any influence at all over the final package, she will climb on board the train and get her people in line.

She may be the one leader in the whole group who has the least interest in bipartisan negotiations, so I wouldn’t be surprised if she simply refuses to bring this package up for a vote. If that happens, though, she will absorb all of the blame for the collapse in the stock market.

Republicans shouldn’t budge. They made a good deal and they have all the cards.

But they shouldn’t go out of their way to help President Obama. He dug this hole for himself and now he has to find a way to get out of it.