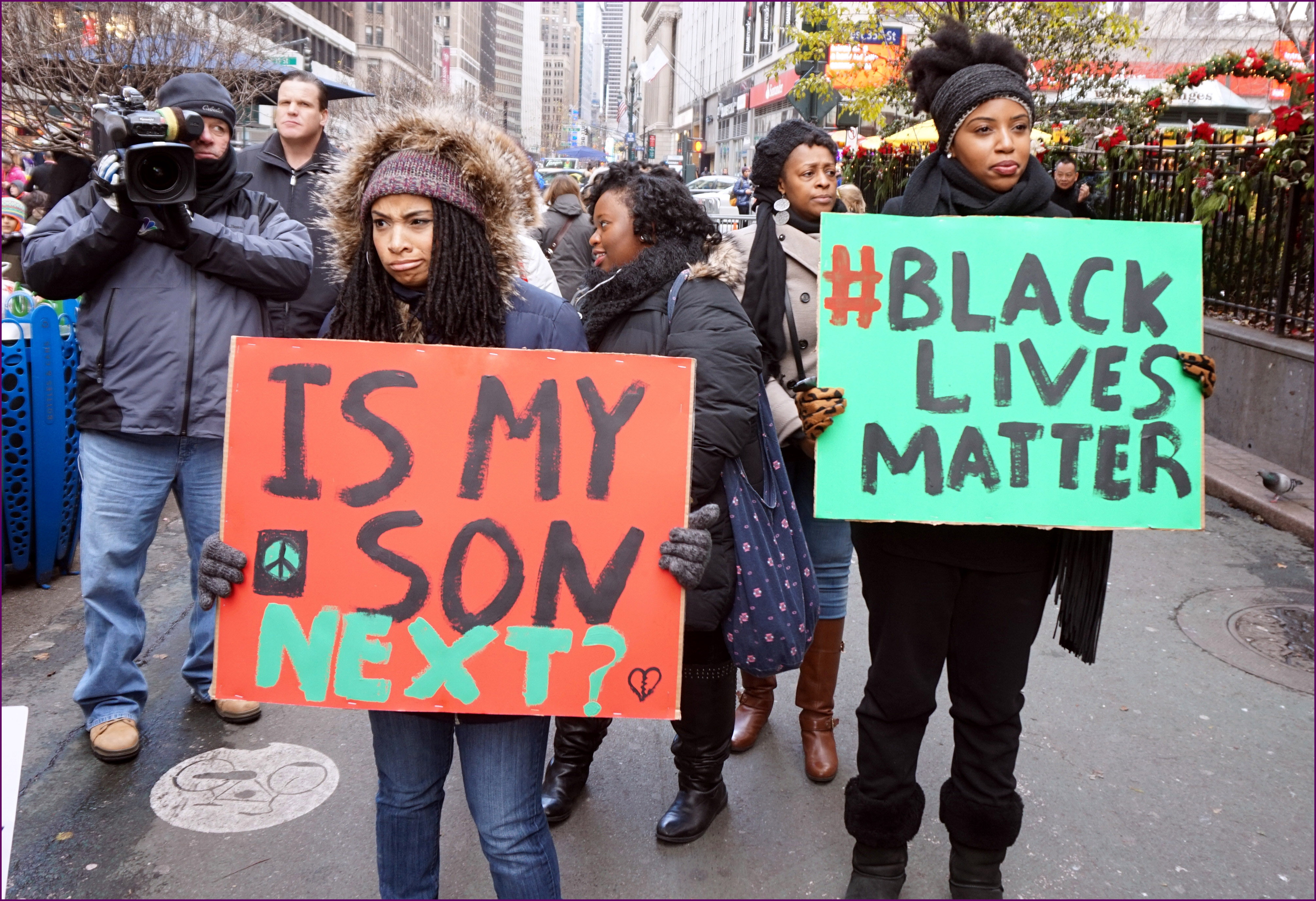 By The All-Nite Images [CC BY-SA 2.0 (http://creativecommons.org/licenses/by-sa/2.0)], via Wikimedia Commons

I assume that the Black Lives Matter movement won’t be endorsing Ben Carson for President.

Carson leads the polls in the white-bread Iowa Republican Party Presidential polls, where black people make up a minuscule percentage of the party base.

Carson aims to be the second black President in a row, but his coalition to get there will not include white liberals.

And he promises to be a far different President than Mr. Obama.

Obama and Carson share one trait beyond their skin tone: they are using their relative political inexperience to their political advantage.

Trump has about the same amount of elective experience as Mr. Carson, which is none. He also shares Trump’s ability to say exotic things that get plenty of news.

When I go out to give talks around the country (and, yes, every once in a while, I get those invitations), the one person that I get asked the most about is Ben Carson.

I am no expert on Ben Carson (although I know some of his smart political people), but I usually express some skepticism that he will make it to the White House.

Department of HHS? Maybe. Surgeon General? Definitely. But the Oval Office? Come on, people. Ben Carson is a doctor, not a miracle worker.

And yet, he still does well in the polls, better than Jeb Bush, Marco Rubio, Scott Walker, Bobby Jindal and Chris Christie.

And it’s not like he is getting tons of press attention.   How can he with Trump dominating the news?

What’s driving his popularity? And does it have anything with the Black Lives Matter movement?

I don’t want to draw a straight line between the racial unrest that seemingly dominates the news and the straightforward symbolism of somebody like Ben Carson, but if the line is not straight, it seems to me to be more than indirect.

As crime continues to climb in big and small cities across the country, law and order may once again become the political issue that it was in the 1990’s when Bill Clinton promoted more cops on the streets and signed a law to make it easier to carry out the death penalty.

The Democratic Party is completely incapable of becoming a party of law and order, especially these days. The Obama Administration is more likely to side with the protesters than side with law enforcement. Hillary Clinton is running away from her husband’s positions as fast as humanly possible, and Bernie Sanders can’t even take the microphone back from his own political event from the Black Lives Matter activists.

That gives plenty of space to a Republican Party and its base who is fed up with crime.

What better person to deliver the law and order message than Ben Carson?

You can tell that the message of the Black Lives folks attracts only a niche audience because MSNBC finally relegated Al Sharpton to one day a week.

For MSNBC to finally give up on Sharpton tells you volumes about how unpopular he has become with the overwhelming majority of the American people.

Ben Carson’s compelling life story makes him a credible force in the GOP primary. For someone like me, his complete lack of experience makes it unlikely that I will vote for him in the primary, but other Republican primary voters might not see that inexperience as disqualifying.

Is the Ben Carson phenomenon real or just a blip in the screen? Time will tell, but I can tell you one thing for certain. Don’t expect any other candidate to take a rhetorical shot at the former surgeon.

Republican voters like Ben Carson, no matter how he finishes in the polls.