All bets are off in NH 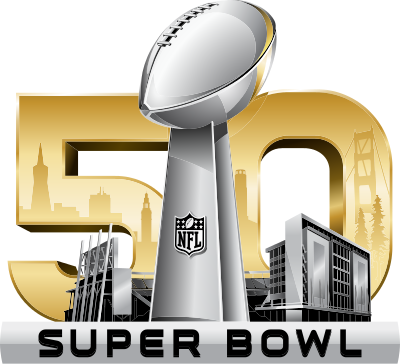 Like most Americans, I thought the Denver Broncos were going to get crushed by the Carolina Panthers.

Cam Newton was too good. Peyton Manning was too old.

Of course, it didn’t work out that way.

Newton’s inexperience was a liability. Denver had a great defense. And Manning, the old pro, guided his team to a surprise victory.

I guess that’s why they play the game.

In a similar vein, we won’t know exactly what will happen in New Hampshire until the voters get a chance to vote.

Maybe Marco Rubio’s momentum from Iowa will catapult him to a victory. Or maybe his inexperience, which became an issue in the debate over the weekend, will prove to be his undoing.

I remember when John McCain shocked the world by trouncing George W. Bush in 2000. W was supposed to be an unstoppable juggernaut, but the juggernaut slowed considerably and the Bush team had to pull out all the stops to beat his chief opponent in South Carolina.

We all thought that Bill Clinton was finished in 1992, but his third-place finish gave him a nickname (the “Comeback Kid”) and enough juice to ultimately beat Paul Tsongas and gain the White House.

After all, Hillary Clinton won New Hampshire in 2008. So did Pat Buchanan in 1996. Gary Hart beat Walter Mondale by 10 points in 1984, but he couldn’t overcome the structural advantages of the vice president.

What New Hampshire gives us is a chance to see how actual voters feel about the candidates — not the polls, not the caucusgoers, not the political pundits.

We all try to make predictions about the future.

But every prediction is flawed in some significant way. We are looking through the glass darkly. The game has to be played before the winner is decided.

One of my favorite quotes is from Thomas Huxley: All truth, in the long run, is only common sense clarified.

But what seems common sense in retrospect is a mystery waiting to be discovered.

Will it become apparent that Trump was a chimera, an imaginary political monster that goes poof in the night in the cold of New Hampshire?

Will Jeb Bush’s chief strength, his money and political organization, finally hit its stride, or will the voters finally tell us in no uncertain terms that the GOP has grown weary of the Bush dynasty?

Will John Kasich’s unorthodox approach to the nomination — he is an optimist, after all — fit in with a previously unknown zeitgeist of the voting public?

Will Rubio, who shocked us all with his strong third-place finish in Iowa, shake off the doubts from a wobbly debate performance this weekend and become the contender that so many Washington, D.C., armchair prognosticators have foretold?

We don’t know until we know.

I am reminded of two quotes from my favorite political television series, “Game of Thrones.”

“You know nothing, Jon Snow.”

We should all think of ourselves as Jon Snow until all the votes are counted.

That is more than metaphorical, as snow is expected to hit New Hampshire and could have an impact on turnout, but it has a metaphorical implication for the Republican establishment as well.

If the establishment candidates continue to tear one another apart, Ted Cruz, who is the closest thing to Ramsay Bolton in the entire presidential field, could easily find himself with the nomination.

And if that happens, you might as well give the election to the Democrats, assuming that Clinton prevails over the socialist.

Of course, in this election cycle, it’s better not to assume anything.