A Perfect Case In Point 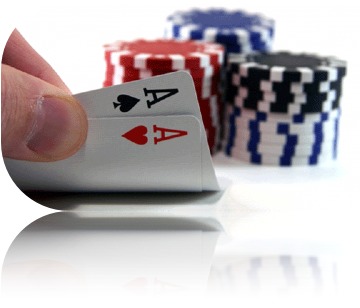 As I understand it, the Tea Party is primarily concerned about a federal government that is too powerful, too intrusive, too wasteful and too arrogant.

If that is the case – and I think it is – I have an issue for them.

Over the weekend, the Obama/Holder Justice Department decided that they were going to exert the government’s power over people who play poker for a living.

They closed down the three main poker sites that are the biggest destination for American poker players and have indicted anybody associated with it.

They did this just as the District of Columbia and Utah made Internet poker legal within their jurisdictions.

Now, as far as I know, playing poker doesn’t hurt anybody (with the possible exception of the poker player who loses). 10 million people play poker on-line in America regularly, and millions more watch the best poker players in the world play on television.

Poker is big business and a lot of fun. You can play for high stakes or you can play for low stakes. You can play for free if you want, but it is a lot more entertaining if you put some money into the game. If you own a blackberry, you will likely have poker pre-loaded on your device. If you have an iPhone, a poker application is just a click away. I am sure that poker is readily accessible on the iPad.

Barack Obama plays (or played) poker. When he was in the Illinois State Legislature, he used poker as a way to get to know his colleagues, which in turn, helped his career. You can say, that in a small measure, poker helped make Obama’s career.

So, if the President is a poker player, why is he cracking down on other poker players? Is it typical liberal hypocrisy (do what I say, not what I do) or does he have a Justice Department that is going rogue, making up its own rules as it goes along?

And what is Eric Holder’s role in all of this? Is the Attorney General just mad because he can’t get his way on Guantanamo, so he is taking it out on the millions of poker players out there?

The Tea Party is famous for carrying around “Don’t Tread on Me” signs at their various rallies. What could be a more glaring example of an out of control government than a Justice Department that seizes the winnings of hundreds of thousands of poker players and says, “we are shocked that gambling is going on here.”

In full disclosure, I do some work on behalf of the Poker Players Association, but I do the work not because of the money, but because I believe that America is a country where the people should have the freedom to play a card game without having the government threatening them.

The Tea Party was founded because of the frustration felt by many Americans that the government is too big, too powerful, too intrusive and too out of control. This action, by the Obama/Holder Justice Department is a perfect case in point.