Donald J. Trump: A Method to His Madness 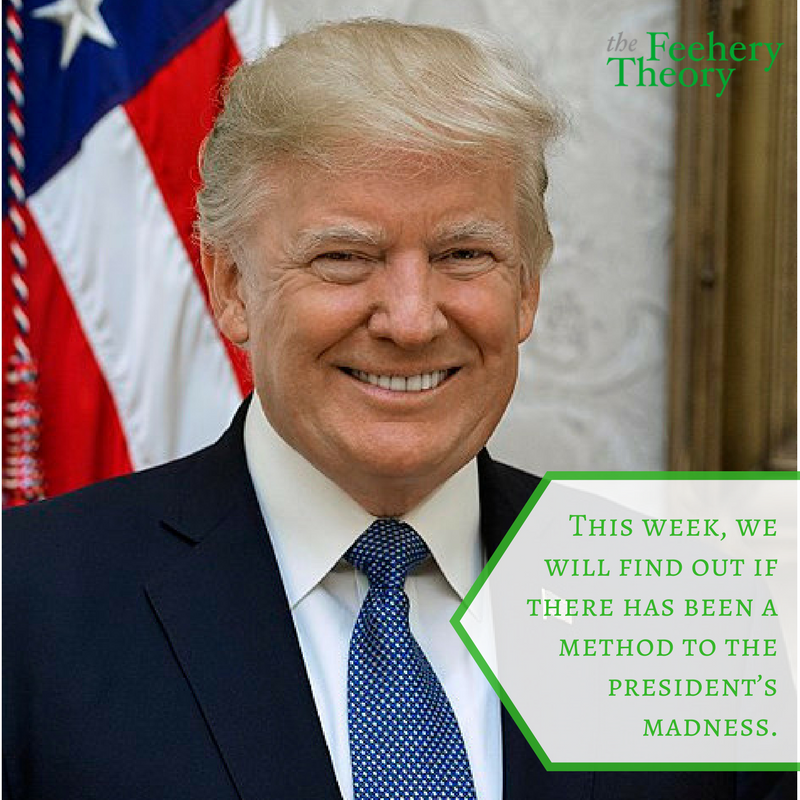 This week, we will find out if there has been a method to the president’s madness. Since Donald J. Trump was elected, I consistently preached to all who would listen that it’s not what he says, it’s what he signs.

President Trump is not a typical politician. He is impulsive. He says whatever comes to his mind.  He has no well-thought-out political philosophy.  He is not a conservative.  He is not a liberal.  He is not really a natural Republican or a natural Democrat.  He is a businessman, a showman, a salesman and a public relations maven. But he is not a politician. And that has both its upsides and its downside. The upside, of course, is that the American people don’t like politicians these days because they are tired of being overpromised and underdelivered. The downside is that the president routinely crosses lines erected by polite society and those utterances (or tweets) enrage and scare the dominant media elite. And the media elite does not like to be enraged or scared.

They like the Marquis of Queensbury rules that they have constructed for themselves.

And they have stiffened their spine in resistance to this president and his agenda, no matter how successful it might be.

Another downside:  The president’s unpredictability makes it unnecessarily difficult for his congressional allies to get things done. The ObamaCare debacle wasn’t just a failure for the legislative branch.  It was a failure in presidential leadership.

Mr. Trump claimed credit for the economy’s rebound yesterday. That comment set off the chattering classes in a chorus of derision. The president and his braggadocio might be overstating it a bit, but he deserves more credit than he is getting.

The untold story of this White House is how he and his team have breathed significant life into the economy by taking the heavy foot of government regulation off of the brakes and letting the business sector move.

Tuesday, Virginia’s voters go to the polls and select their next governor. Most pundits have believed that the Democrat, Ralph Northam, will win because he once called President Trump a narcissistic maniac.

But that narcissistic maniac and his agenda have proven more popular than the Democrats initially anticipated, and now Mr. Northram has promised to work with the president on shared issues. Of course, such promises are toxic to the extreme left, and now the Democratic nominee is in serious trouble in a race that everyone assumed was already decided.

Be careful in what you assume in politics, these days. Especially if you choose to bet the house against Donald J. Trump.

Talking about the House, the Ways and Means Committee is marking up the president’s pro-growth, pro-jobs tax-reform bill.

It’s doubtful that Mr. Trump has signed off on every jot and tittle in the massive bill, and I will predict that he will criticize some portions of it and make unrealistic requests as congressional Republicans work their way through the process. And I assure you that the media and the Never Trumpers will continue harping on how those comments will kill tax reform and how the Republicans will fail.

I am not sure if it will make America great again because America is already great, but it will spark economic growth and lead to wage inflation and job creation.

One final point:  Nobody is really paying attention, but Senate Majority Leader Mitch McConnell (R-Ky.) and his team are going to be spending a lot of time getting a lot of really qualified, conservative judges confirmed.

This may be one of the important legacies for the president and for the majority leader.

So no matter what the president says, he is making some pretty good progress on things that are important to the future of the country.

There might very well be a method to his madness.

Also in The Hill.