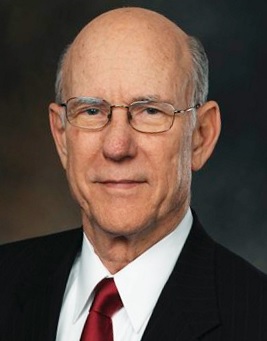 Pat Roberts is going to win in Kansas.

A new USA Today/Suffolk University poll has his challenger, Greg Orman, beating him by five points, 46% to 41%.

1. President Barack Obama is widely disliked in Kansas. His approval rating is 33%, meaning that the overwhelming share of voters who turn out will vote Republican at the federal level.

2. Pat Roberts is a known quantity. He’s a well-known figure in the state. His approval ratings might have taken a beating of late, but Sen. Roberts is in line to be chairman of the Agriculture Committee, and people usually vote for the person they have heard of.

3. Nobody has ever heard of Greg Orman. (He would have a better chance of competing if his last name started with an “N.”)

4. Democrats can’t really help Mr. Orman. The more the Democrats try to help this independent, the worse he will do with an overwhelmingly Republican state. But without their get-out-the-vote effort, he has no chance.

5. The tea party has nowhere else to go. Tea partyers don’t want to be blamed for losing the Senate to Harry Reid once again.  Because Mr. Orman took the “independent” mantle, there is no “conservative alternative” to an already pretty conservative Pat Roberts. That’s why Sarah Palin campaigned for him last week. She doesn’t want the tea party to take the blame should Mr. Roberts lose.

Polls are a snapshot in time. Things don’t look good right now for the incumbent senator. But if I were a betting man, I would bet on Pat Roberts.