Win the Summer and Win the Midterm Elections 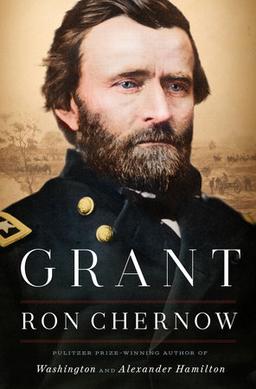 To win the midterm elections, Republicans have to win the summer.

In 2010, Democrats lost control of the narrative on ObamaCare and the result was a blowout for the GOP.

In 2006, an unpopular war in Iraq, combined with Bush fatigue and lingering congressional corruption killed the Republicans.

In 1994, Democrats misread the voters by pushing a far left agenda that included gun control, Hillary-care and other social issues and the result was the first House Republican majority in 38 years.

To win the summer, the Republicans should take inspiration from the leadership of Ulysses S. Grant.

I am reading Ron Chernow’s biography of one of America’s greatest generals and it is a fascinating and illuminating read and it provides some important insights on how to win not only military campaigns but also political campaigns.

Here are five lessons I picked up from the book:

When Grant was appointed to lead the Union Army in the East, he inherited a dispirited group of soldiers who were intimidated by Robert E. Lee and his ability to win almost every battle. Grant had to puncture the “Lee mystique” as Chernow put it in his book.

Gen. Grant was an innovator when it came up with battlefield tactics. He was the first to successfully integrate the telegraph, the steam-powered train and armored-clad gun points into his campaign plans. That was especially the case in the battle of Vicksburg.

Republicans, too, have to be innovative on the campaign side. They shouldn’t just rely on the same old 30-second campaign ads to get people out to vote, but they should integrate social media platforms such as Snapchat, YouTube, Facebook and Instagram into a campaign strategy that not only touches voters but inspires them.  Say what you will about Donald Trump, but his authentic messaging through Twitter has revolutionized modern campaigning. Republicans should learn from Trump.

Grant was a master at figuring out where his opposition was weakest and pouring resources in to exploit that weakness.

Republicans have to figure out where the Democratic coalition is at its weakest point. In my view, Trump has a real chance to do a lot better with minority voters who are tired of being patronized by well-heeled liberals. Trump’s economic, trade and immigration policies have had a dramatic impact on the employment prospects for African-Americans for example. If the president can follow up his economic success by pushing prison/sentencing reform and by targeting for renewal urban communities that need better schools and job training, he could make tremendous progress with minority voters.

Grant always kept driving forward, putting pressure on Robert E. Lee and every other Confederate general that he faced.  He always looked for ways to attack and was not happy unless he had the enemy on the run.

Republicans similarly have to stay on offense. Reforming our broken immigration laws should be seen as a political opportunity to be exploited. We should put the Democrats on the defensive on tax cuts. Trade is another issue to be used to separate union voters from the Democratic Party. Whatever the issue, Republicans have to stay on offense. As my old boss Haley Barbour used to say, if you aren’t on offense, you are on the run.

What Grant understood better than most other Union generals was that he has a huge advantage when it came to resources, including the number of troops. And he used that advantage to win battle after battle.

Similarly, Republicans have, by their historic standards, a huge majority in the House and while their majority in the Senate isn’t very big, they still have it, as long as they stay united. Having one party control the House, the Senate and the White House doesn’t happen very often. Republicans should grind out as many spending bills as they can, using their majority status to make progress on their issues and on the business of the nation.