Whose American dream is it? 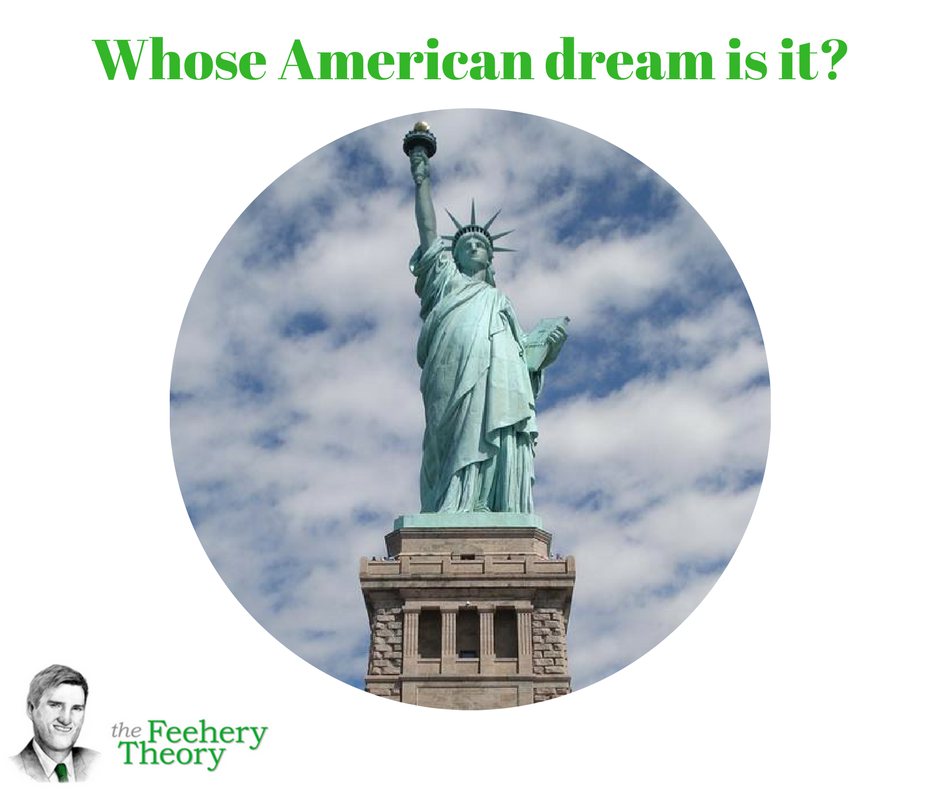 Also published in The Hill

Currently, the new Trump administration is answering that question too narrowly.

According to the dictionary definition, a myth is “a traditional story, especially one concerning the early history of a people or explaining some natural or social phenomenon.”

The American dream is among this nation’s most powerful myths.

For people who already live here, the American dream is that our children will do better than we will, that there is steady progress up society’s ladder.

For people who want to live here, America is a destination where they can live in freedom to practice their faith, provide for their families and become a part of our nation’s rich melting pot.

For people who don’t want to live here but find much that is appealing about this country, the American dream is a shining example of what to do to build a better country. Around the globe, from Germany and Poland, to Japan and the Philippines, to Mexico and Brazil, the American way of life is an inspiration. Our relatively free markets, our democratic institutions, our diversity and our insistence on the rule of law are benchmarks by which the rest of the world measures its progress.

This is not to say that America and our pursuit of the American dream is flawless. We are an imperfect union, to say the least, but our struggle is the world’s struggle and when we fail, the world takes notice.

Donald Trump’s victory was powered by working class white Americans who lost faith in their ability to achieve the American dream.

There is plenty of statistical evidence to back up their frustration. Social mobility in this country is among the worst in the Organisation for Economic Co-operation and Development. Wages for this crucial voting bloc have stagnated for two generations. Life expectancy for white people has declined for the first time in our nation’s history.

Trump called them the forgotten people during his stark inaugural address, and he promised to address their concerns. He wants to put America first by building great walls and by retreating into protectionism and isolationism. He wants to bring manufacturing jobs back to our shores, through the carrots of tax and regulatory reform and the sticks of punitive tariffs. And he wants to go on a spending binge to rebuild our nation’s infrastructure.

Some of these are worthy ideas that deserve to be implemented, but some have been tried here and in other places and have failed.

But it is not the policy ideas that necessarily concern me about the Trump administration.

It is the narrow vision that only American citizens are worthy enough to dream the American dream and that only by protecting the American people from the rest of the world can we help them to achieve their dreams.

Americans are not hurt by legal immigration. Immigrants have built this country from the start and they continue to add their ideas, their energy, their enthusiasm and their economic potential to our diverse melting pot. America is not and has never been monochromatic. Neither has it been monotheist. And yes, our diversity is our strength and the envy of the world.

America and the American people also profit when we lead the rest of the world. By spreading our democratic values, we build lasting alliances, and durable trade relationships. Citizens from other countries, including China Russia and yes, Iran, invest here because they know that our system of government will treat them fairly and that their investments are safer here than anywhere else. That is why the dollar remains the most valuable currency in the world.

The American dream is not just for the American people. And I would argue that to make it more achievable for our citizens, we shouldn’t retreat behind big walls and splendid isolation. There is nothing splendid about isolation. Instead we should fix here what is broken and open our doors and our hearts to lead the world to a better, more prosperous and safer place.