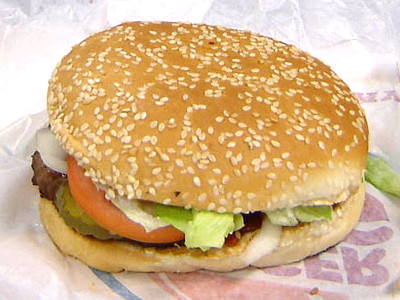 Corporate inversions.  The mere mention sends a shudder down the spines of most Americans.

The American people don’t give a rat’s ass about corporate inversions.

They care about their jobs, their families, their local schools.  They worry that a dysfunctional Washington is making it harder for them to get ahead.  And increasingly, they wonder about the President’s competence and engagement in the issues.

But some Democrats are trying to make a political issue out of the trend in high finance for international companies to merge and then locate their headquarters outside of the United States.

There is an easy answer as to why multinational companies tend to locate elsewhere, given the opportunity:  our corporate tax rate is too high.

But there is nothing easy about tax system, or about how we levy taxes on multinational companies.

I am not a tax lawyer, so I might get some of these facts wrong, but my understanding is that our current tax system tries to tax revenues from wherever a company makes that money.

So, we try, vainly, to tax the profits a company makes in, say, Great Britain.

But we can only tax those profits when these companies bring the money back to America, the result is that most of them leave it parked overseas.

This tax system is bad for the American people, because it basically means that corporations leave a lot of money outside of America, money that could be invested in our economy.

Our corporate tax rate is the highest in the world and the way we levy those taxes makes it more likely that American companies will either leave their profits overseas or seek to merge with non-American companies so that they can avoid paying the taxes.

There is nothing wrong with that.  Using every legal means necessary to lower your tax rate is as American as apple pie.

There is nothing unpatriotic about it, either.  In fact, it’s the fiduciary responsibility of the leadership of the company to return as high a return to the shareholders as possible.

If policy-makers have a problem with the laws, they should change them.  They should either lower the corporate tax rate or reform the tax system so that we tax profits not on a world-wide basis, but on a territorial basis.

Another reform could be a complete elimination of the corporate rate and the imposition of a VAT tax.  That’s pretty much what the Europeans do.

Democrats are trying to score some political points on the proposed merger of Burger King and Tim Horton’s.

Tim Horton’s is a Canadian company and if this merger goes through, the corporate headquarters will likely be somewhere north of our Northern Border.

BK is owned by a Brazilian-owned private equity firm.  So what we have here is a group of Brazilians selling an American company to some Canadians, and deciding, because of Canadian law and a dysfunctional American tax system, to headquarter in Canada.

Some folks might get upset about that, but what I see is a fully-functioning marketplace that just might make Burger King a far better place to go for breakfast.

And it’s hard to make the case that Canada is some sort of tax haven.

It’s just a country with a far better international tax system that we ourselves have.

Here’s the other fact about this merger.  It won’t really lower the tax rate for Burger King that much.  Most experts say it might lower it a percent or two, but certainly not enough to make it the major motivation for a merger.

And here’s a funny side-note:  Warren Buffett, the billionaire investor and the inventor of the Buffett rule, which said that rich people like him should pay more in taxes, is all for this deal, and provided the necessary juice to bring it over the top.

He lent a couple billion dollars to this transaction because he believes the Burger King in undervalued and that he can make his money back after it goes through.

Democrats might want to make Burger King a poster boy for their political campaigns, but they are barking up the wrong Whopper.