What the Decline of American Tennis Says About America 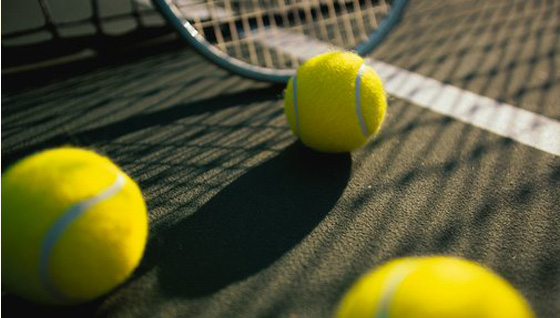 Actually, I am not very good at either tennis or chess, but when I play my 5 year old, I can beat him in both pretty handily.

Tennis was in my mind over the weekend because NBC persisted in broadcasting the French Open, even though an American has not threatened to win there in about a hundred years or so.

Ok, it hasn’t been that long, but it has been a long time.

America is a big country, and it has more eligible males playing the game of tennis than just about any country in the world.

Currently, though, it has no top ten players and only a half dozen or so players in the top hundred in the world.

When I was growing up, America dominated men’s tennis. Jimmy Connors, John McEnroe, Andre Agassi, Pete Sampras, those guys kicked butt and showed the world what America was all about.

These days, we got squat. Nothing. Nada. According to some tennis-centric websites, the Brits have a better chance of winning than an American.

Now some say that American tennis is on an upswing. Andy Roddick, for example, has been quoted as saying that there are plenty of very strong American players. That might be true, but it has manifested itself in victories.

Some other analysts say that the reason American tennis is in the doldrums is because with so many other choices out there, tennis doesn’t attract the best athletes. Others say that because of the economic downturn, young boys shy away from tennis for other options that are more certain.

The problems with men’s tennis aren’t just confined to men’s tennis though. Men’s golf, which used to be completely dominated by Americans, is now dominated by the Europeans. The top three players on the PGA tour are European, and Americans make up a historically small percentage of the top 50.

The only Americans of recent note to dominate the sports of golf and tennis have been African-American. Tiger Woods and the Williams Sisters have shown the world that America can still kick some butt, but when it comes to the paler compatriots, the results have been very disappointing.

It is interesting to note that in the NBA, white Americans make up only 6 percent of the players. Foreigner white players make up about 16 percent.

In the NFL, outside of the quarterback and the punter/field goal kicker, the vast majority of players are black.

Only in baseball are the majority of players white American (about 60%). (In hockey, the biggest stars tend to be from Canada, Russia or Eastern European).

I find all of these statistics interesting because I think it says a great deal about the state of the American middle class white male.

He tends to be more a sports spectator rather than a sports star.

He tends not to be the kind of athlete that can compete at the world level.

He tends to lack the focus and the drive of a true champion.

In this era of Ritalin and other drugs meant to rid boys of their boy-ness, this should come as no surprise.

There are plenty of programs that are designed to help girls get into college, help girls with their self esteem, help girls play sports.

But the world is stacked against young middle class American boys, in this one sense. They have it too easy. They sit at home, playing their video games. They are protected from bruises and scrapes. If they make too much noise, they are told to take behavior modification drugs. If they fight, they are suspended.

Schools these days are built for girls. Dodge ball is a thing of the past. Schools have scaled back recess, which boys desperately need so they can learn how to compete. Now, kids have play-dates, supervised by adults, because parents are freaked out by all the freaks out there.

You can probably draw a straight-line from when Little League started to give everybody a trophy, to today, when the “everybody wins” kids grew up into the nobody “wins” adults.