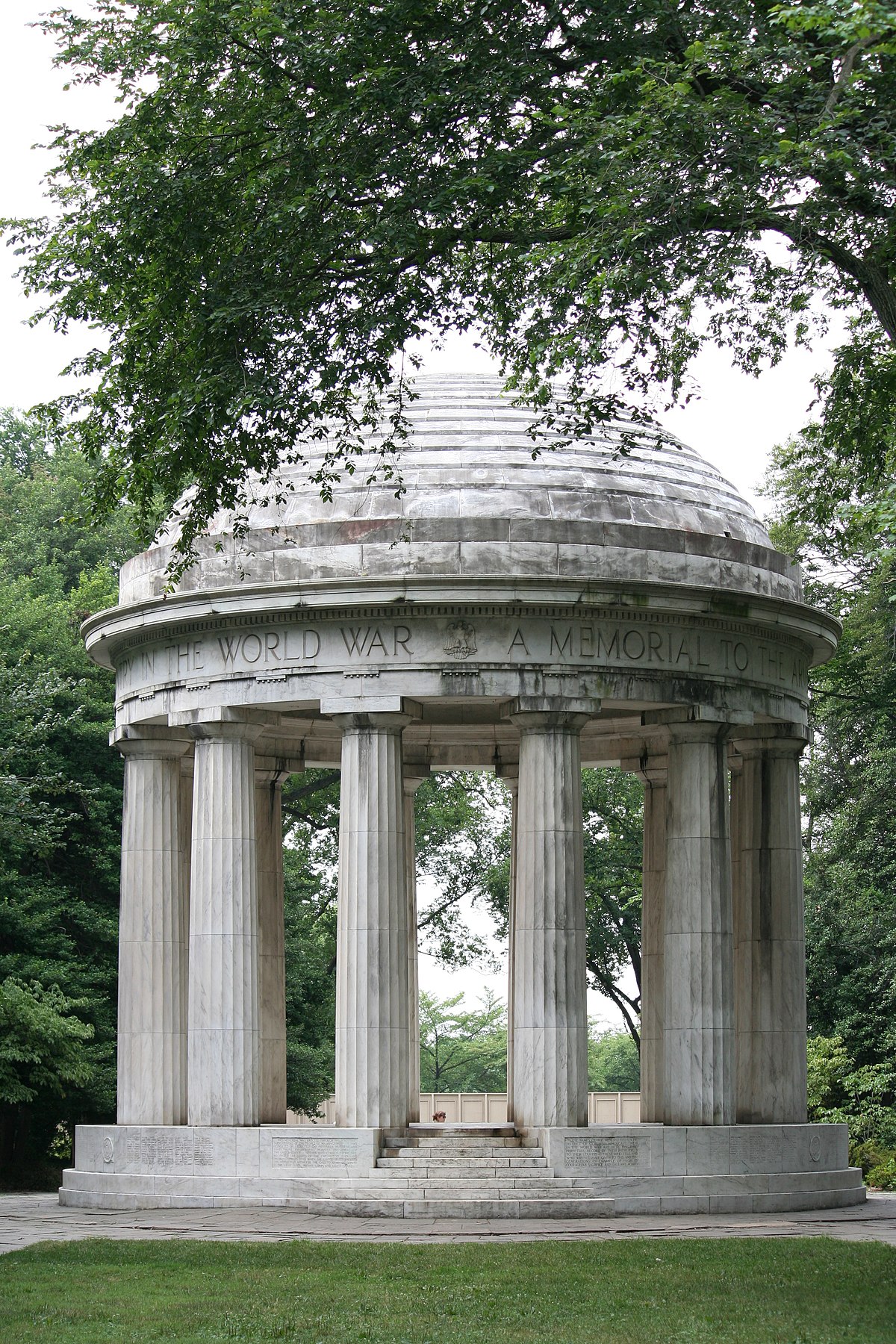 "District of Columbia War Memorial" by 350z33 (talk). Original uploader was 350z33 at en.wikipedia - Transferred from en.wikipedia; transferred to Commons by User:SchuminWeb using CommonsHelper.
(Original text : I (350z33 (talk)) created this work entirely by myself.). Licensed under CC BY-SA 3.0 via Wikimedia Commons.

I am going to go on a bit of rant here, so excuse me in advance.

The stock market is open, for example.

Think about that for a second.   The stock market is fully functional on Veterans Day.

As if the stock market is completely disconnected from the sacrifices made by millions of Americans to preserve our freedoms.

But of course, the sacrifices made by millions of Americans, many of whom served in our Armed Forces, but many of whom did not, in service to the country during war time, made possible the ability of the stock market to fully function.

So, you would think that Wall Street would take this day, of all days, to fully contemplate those sacrifices.

And that is completely unacceptable.

World War I was a particularly important war in world history because it is a perfect example of what most war is:

The political leaders who blundered into the Great War made a series of huge mistakes that killed off a generation of young men in Europe.

It wasn’t as bad in America, although plenty of young Americans died from here over there.

Those political leaders had made a series of alliances that were thought, at the time, to insulate Europe from war.    Instead those alliance propelled Europe, at first, and then the rest of the world, into war.

The Germans allied with the Austro-Hungarian Empire, while the French allied with British and the Russians.

The odd thing is that these political leaders were all inter-related, all first cousins or second-cousins once removed.

Nationalism and militarism combined in a lethal combination.  Soon, young children (some as young as 15) were being mowed down by machines guns and blown to bits in artillery barrages as the Generals stayed back, plotting the next wave of fruitless attacks against defensive trenches.

If you don’t know much about how the Great War started, read The Guns of August by Barbara Tuchman.   It’s a great read and based on a true story.

Had the normal schmucks who did the majority of dying known the Hell they were going to endure in 1913, they surely would not have been so gung-hoe to march to their eventual deaths.

But they didn’t know then what we know now.

We know that war is devastating because we have seen a century of war.

You would think on this Veterans Day, we would take some time to remember the lessons of the Argonne Forest, or Ypres or the Battle of the Somme.

You would think we would take some national time to understand what happened in Tobruk or Saipan or the Battle of the Bulge.

You would think that we would learn in depth how many lives were unnecessarily sacrificed in Khe Sanh or in Fallujah.

You would think that we would really take the time to understand how politicians make bad decisions that get us into dumb wars, how they manipulate the media and the truth for political reasons and how those decisions have ramifications for generations of people around the globe.

War happens when evil people are given power.

It was Ben Franklin who said, “there is never a good war or a bad peace.”

And of course, that is true.

My favorite quote about war is from Dwight Eisenhower who said, “I hate war as only a soldier who has lived it can, only as one who has seen its brutality, its futility, its stupidity.”

We all too often glorify war without fundamentally understanding its true cost in blood, in treasure, and in lost dreams.

War is a nightmare.  And it is usually a nightmare perpetrated by either incompetent politicians or demented, sick, psychopathic demagogues who have talent to inspire their fellow countrymen to do their deeds (Hitler, Stalin, etc).

An informed citizenry is essential to keeping a county out of war.

An informed citizenry knows the full costs of war, know the value of effective political leaders, and know when it is being manipulated or seduced into war.

Today would be a great day to for all Americans to  become informed about our nation’s history and about the true costs of war, not only to the soldiers who are on the front lines but to the rest of us who pay the bills.

Today would be a great day to do all that, unless of course, you have to go to work.

Which most of us do.