Threading the Needle: A perfect decision 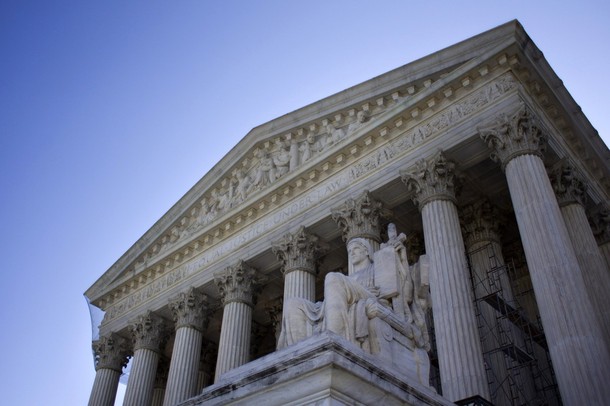 In many ways, it was a perfect decision.

John Roberts probably didn’t want to face the heat for destroying President Obama’s top legislative achievement.   And the country probably couldn’t survive a Constitutional crisis that pitted the President vs. the Supreme Court.

But Roberts neatly threaded the needle by declaring the use of the Commerce Clause as an excuse to dictate to people to buy insurance unconstitutional, while acknowledging that Congress does have the power to tax, and that the mandate amounted to a tax.

This serves Republicans well, because if there is one thing that Republicans are good at, it is running against tax and spend Democrats.

And if there is one thing that the Democrats are good at, it is taxing and spending.

For conservatives, this ruling amounts to a bitter disappointment.

On principle, Obamacare should be found to be unconstitutional, because the government should not compel people to buy private products, whether it involves a tax or it doesn’t involve a tax.

I can see Michael Bloomberg, the Mayor of New York, push for a gym membership tax.  If you aren’t a member of a health club, you have to pay a tax because people who belong to gyms theoretically go to gym.  The next generation tax will then be if you belong to a gym but then don’t go to the gym, you have to pay another tax, because what good is it for you and for society to belong to a gym if you don’t go to a gym.

For religious leaders, this ruling is also a bitter disappointment.  They now have to grapple with the new mandates from ACA, and they have to decide whether they can continue to engage in their many public welfare programs.  The Obama Administration says that the Catholic Church must offer insurance coverage that includes contraception services.  The Catholic Church won’t do that because it conflicts with Church doctrine.  That means they will have to get out of the hospital business, which of course, would be really bad news for those people who now rely on Catholic hospitals.

Republicans and Mitt Romney now have a clearer shot at President Obama than they did yesterday in November.  All of a sudden, Mr. Obama has to defend the largest, most intrusive tax increase in American history.

This is a pyrrhic victory for Mr. Obama.  He may win the day by having his health law be declared constitutional, but he may very well lose the election because of his defense of this huge tax.