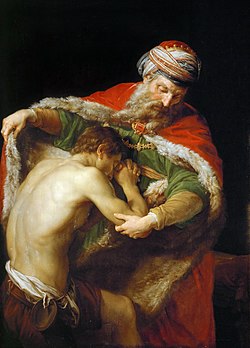 I once told Bob Kerrey that if he ran for President, I would support him.

This was back in the 1990’s, and the then Nebraska Senator had made a name for himself as a truth-talking deficit hawk.

As I worked for Tom DeLay at the time, Kerrey wasn’t too certain he needed or wanted my support, so he politely thanked me and that was the end of it.

But my friends never cease to remind me that I once told Bob Kerrey that I would support him for President.

My good friend Erin was delighted to hear about that story.  She wants her old boss to get back in the Senate.

Mr. Kerrey left Nebraska and the United States Senate in 2001.   He moved to New York City to run the New School, an upscale, liberal university. (Little known fact – at least to me – the New School will actually celebrate its one hundred year anniversary in 7 years).

Kerrey then thought seriously about running the Motion Picture Association in 2010, until he came to his senses and decided that going to the MPAA wouldn’t be a prudent career decision.  About 5 years earlier, he had thought about running for Mayor against Michael Bloomberg, but he realized that running against a billionaire for Mayor was not very prudent either.

Mr. Kerrey is clearly a man in search of a mission.  But can he make the case to Nebraskans that his mission and their mission remains the same?

In the age of Obama, Nebraska has shifted both rightward and much more Republican.  Most Cornhuskers, don’t share Warren Buffet’s positive view of the President or his policies.  They especially hate his health care law.

Would Bob Kerrey vote to repeal Obamacare or would he vote to follow in the footsteps of his predecessor and successor Ben Nelson (Nelson held the seat before Kerrey and should Kerrey get the seat, he will replace Nelson), and vote to keep it?

A bigger question:  Would Bob Kerrey vote to keep Harry Reid in as Majority Leader, the guy who has successfully avoided producing a budget for three straight years? Or would he vote for Mitch McConnell, the guy who promises to open the Senate back up for true democratic debate?

Kerrey always talked a good game about taking on entitlements and balancing the budget when he served in the Senate.  But he has said precious little about these important policy decisions in his role as a University President or as a potential President of the MPAA.

You can still lead from the outside of the Senate, but Kerrey hasn’t done much leading.  He hasn’t been as prominent as someone like Harold Ford Jr., a guy who sticks up for the free market and for balanced budgets as a commentator on the news.

Kerrey expects all to remember how passionate he was back when Bill Clinton was President.  He wants us all to think of him as the speaker of truth, the guy who once called Mr. Clinton “an unusually good liar.”

But Mr. Kerrey hasn’t been that distinctive in his leadership in the private sector.  He hasn’t taken on Mr. Obama and his debt expansion.  He hasn’t chided the President for ignoring Simpson-Bowles, at least not in any way that makes an impression in my mind.

Kerrey expects the Cornhusker State to welcome him back to Nebraska as if he were the Prodigal Son and that the voters there will award him with the modern version of a fatted calf, a Senate seat.

But I don’t think that will work in this election.

He might have had a chance against a politically bruised insider like Jon Bruning. Against Deb Fischer, a rancher who currently represents the biggest portion of the state as a State Senator, who has no visible warts or vulnerabilities except that she may not be as big of celebrity of Bob Kerrey, he has little or no chance.

I will keep an open mind, but my friend Erin has some work to do here in convincing me that her former boss has a shot at regaining his old job.