The Most Dangerous Man in the World

I love those Dos Equis commercials, where an older, bearded Spanish guy is seen cavorting with beautiful women, conquering the most challenging challenges, doing the most fascinating things.

Here are some reasons why he is the most interesting man in the world according to a website that tracks these things:

- Police often question him, just because they find him interesting.
- His beard alone has experienced more than a lesser mans body.
- His blood smells like cologne.
- He has amassed an amazingly large DVD collection, and has never once alphabetized it.
- If he were to mail a letter without postage, it would still get there.
- The pheromones he secretes effect people miles away… in a slight, but measurable way.
- He once punched a magician. That’s right, you heard me.

He is the most interesting man in the world, according to the ad, and when he drinks beer, he drinks Dos Equis.

Michael Bloomberg doesn’t look dangerous. He is diminutive. He is slight. As far as I know, he isn’t a black belt in karate and he doesn’t pack a 357. 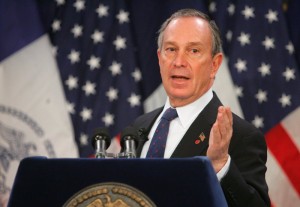 But to anybody who wants to enjoy life or more importantly, make their own choices or have a bit of freedom, Bloomberg is undoubtedly the most dangerous man in the world.

And he is coming after the most interesting man in the world. All in the name of public health, of course.

To get a decent donut, according to one cop in NYC, you have to travel to New Jersey. Why? Well, because King Michael has banned good tasting donuts. Not good for you, he has harrumphed.

Next, he is going after Pepsi. He doesn’t think Pepsi or Coke or Root Beer is good for you, so he asking the federal government to give him the authority to use all of his powers to stop poor people from drinking a Coke. Bad for the waistline, don’t you see?

We can’t let poor people drink Coke. That is why they are all fat, is the implication.

What a bunch of crap.

I am not from New York and I don’t live in New York, but I know how this goes. Bloomberg comes up with some innovation to take away freedom from people, and pretty soon, we all are facing some city restriction on what we can eat, what we can drink, what we can do with our private lives.

I was stopped at a red light in my car, and I happened to pick up my blackberry to see if I got any messages. I wasn’t texting. I wasn’t talking. I wasn’t driving. I was looking. One of DC’s rent- a-cops tapped on my window and told me that if I do that again, I was going to get a hundred dollar fine.

That sounds like some kind of law that Michael Bloomberg would come up with.

Personal freedom is important to the American people. They want the government to stay the hell out of their lives. They certainly don’t want politicians like Michael Bloomberg telling them that they can’t have a decent donut or drink a coke.

What’s next? I will tell what’s next. Bloomberg is going to tell you that you can’t drink Dos Equis beer. Light beer only in the Big Apple.

I can only imagine what the most interesting man in the world would say about that.