The Little School That Could 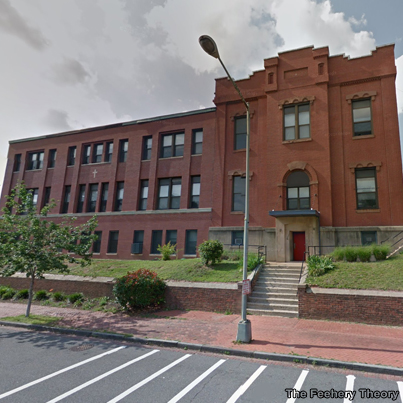 It stands as the Catholic school closest to the Nation’s Capitol building.  You can actually see the top of the dome from the third floor of the school.

And it has been standing there, if not exactly in the same location, for almost 150 years.

When you walk into St. Peter’s elementary school, you feel transported back into history.

You can see that history on the pictures that dot the second floor hallway.    The pictures show little school children, some of whom are great-grandparents today.

You can chart the changing demographics of Capitol Hill from those pictures on the wall.

Kids start at St. Peters when they are just emerging from toddlerhood as Pre-kindergartners.  You can see the new kids grabbling on to their parent’s legs, nervous about this journey into the great unknown and you can see the nervousness on their parents’ faces too.

How will Johnny do?  Will he cry all day?  Will he wet his pants?

10 years later, they graduate from 8th Grade at St. Peter’s ready to become a young adult, moving onward to High School.   When they leave St. Peter’s and go to Visitation or DeMatha or Gonzaga or the School without  Walls or St. John’s, they are confident that they are ready to enter the next phase of life well-prepared.

At St. Peter’s, the big kids look after the small kids, escorting them to their classrooms as their parents drop them off at the car line, serving as crossing guards, learning the responsibility of being a young adult.

Like many Catholic schools, St. Peter’s isn’t very fancy.   It doesn’t have a big gym.  Actually, it doesn’t have any gym.   The library is tiny by fancy school standards, although it packs 12,000 books in its confines, which takes up two classrooms.  The building is showing its age, and it is bursting out at the seams.

What it does have is an energetic group of teachers, a nice mix of young and more experienced educators who have a great esprit de corps.  It is blessed with a committed Principal, Jennifer Ketchum, who had a vision for the school and over some objections from some parents, implemented a strategy to achieve that vision.

Her partner in this process has been the Pastor of St. Peter’s Church, Father Byrne, who shares the same vision:  To make St. Peter’s the best school on Capitol Hill and a model for Catholic schools around the country.

Ketchum and Byrne have taken all of the good things about St. Peters and have done their best to make them better.  Both would acknowledge the debt they owe to Father Michael O’Sullivan, who single-handedly saved the school during the hard times, when the Catholic school children-aged population on Capitol Hill fell dramatically and some advocated closing the school down altogether. 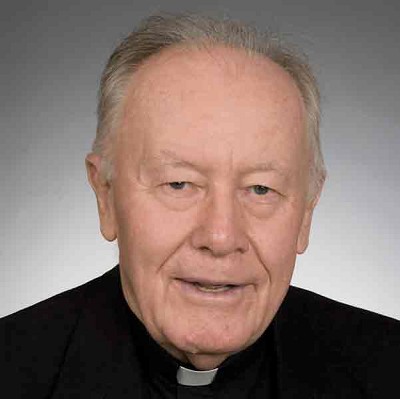 Father O’Sullivan wouldn’t listen to those naysayers however, and he used every tool in his toolbox to keep Catholic elementary school education on Capitol Hil alive.

Father O’Sullivan, who died earlier this year, most likely is smiling down from heaven today.

St. Peter’s school, the little school that could, was just awarded a blue ribbon from the Department of Education.

To be named a Blue Ribbon school is to be recognized as one of the best schools in the entire country.     It was Ronald Reagan who is responsible for the Blue Ribbon program.  His Secretary of Education, Terrell Bell, started the program because he was concerned that too many American schools were mediocre, and he wanted to encourage excellence.  According to Wikipedia:  “Secretary Bell created the National Blue Ribbon Schools Award to bring exemplary U.S. schools to public attention and to recognize those schools whose students thrived and excelled. Working with the National Association of Elementary School Principals and the National Association of Secondary School Principals, Bell launched the National Blue Ribbon Schools and the National Distinguished Principals Programs. Both programs highlighted outstanding models of American schools and school leadership.”

For St. Peter’s to be recognized as one of the best in the country, it is nothing short of astounding, given where it has been and what is has gone through.

It’s a real testament to the teachers, the administration, the Archdiocese, the parents and the kids who worked together to win this recognition.

St. Peter’s isn’t very big (about 220 students), but it has a big heart.   And now it has a blue ribbon awarded by the U.S. Department of Education.