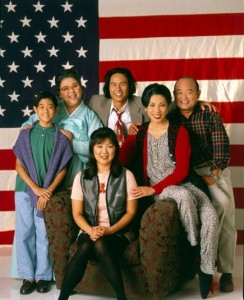 This might seem like a simplistic truism, but I think it is worth noting that there are more Asians in the world than any other group of people.

The number of Asians living in Asia is rapidly approaching four billion. There are 1.3 billion Chinese and almost as many Indians.

But the Asians are not staying in Asia. They are immigrating in search of a better life for themselves and their families, and many of them are ending up in America.

According to Wikipedia: “As of 2008, Asian Americans had the highest educational attainment level and median household income of any racial demographic in the country, and the highest median personal income overall.”

That means that their relatively small numbers as a percentage of the population belies the fact that their economic power is only going to increase in the coming years. Smart Asian students mean smart Asian CEO’s in twenty years.

In California, Asians thoroughly dominate the higher education system, and some politicians have dangled the idea of quotas to keep their numbers down.

In other words, getting the Asian vote should be a strategic imperative for both parties. Right now, it seems that the Republicans are winning in that department.

One GOPer who has been talked about as a Presidential or Vice Presidential contender is Bobby Jindal, an Indian-American. Jospeh Cao, the Congressman who beat the corrupt William Jefferson for his seat in New Orleans, hails from Vietnam. Nikki Haley, who is the Republican nominee for Governor in South Carolina, is of Indian descent.

Van Tran, who is also Vietnamese, is making a spirited and aggressive run against Loretta Sanchez for a Congressional seat in California. Sanchez, in a typically Democratic race bait, said memorably on Spanish-language network Univision: "the Vietnamese and Republicans" were trying "to take this seat from us... and give it to this Van Tran who is very anti-immigrant and very anti-Hispanic.” While she later apologized for that comment (she didn’t think any Republicans were listening), this shows the tension that faces Democrats. They are losing the Asian vote.

At the risk of stereotyping, the Republican free-market philosophy fits in quite well with Asian immigrants. Asians come to America not to go on welfare, but to open their own shops. They don’t preach family values; they live them. “The Simpsons” television show might make fun of the Indian family that owns the local 7-Eleven, but let’s face it: A lot of Indians own a lot 7-Elevens, and with that financial base, they send their kids to get advanced degrees. My neighborhood dry cleaner is owned by a lovely Korean woman who just finished paying for her daughter’s college education. Pakistani cab drivers across the country are building wealth by driving at night and doing real estate during the day.

These Asians are not waiting for the government to bail them out. They are achieving the American dream by working hard – really hard – doing the jobs that others won’t do, taking chances that others won’t take, and by keeping their families together.

The Republican philosophy of self-reliance works for them because they are living it every day. They know that if you work hard, and you don’t expect anything to be given to you, you can succeed in this country, even in the toughest of economic times.