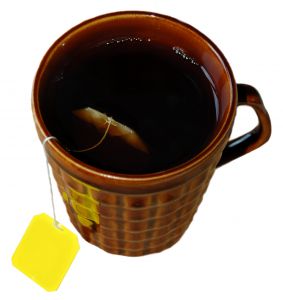 
The Tea Party is not my cup of tea.

Everybody who reads this blog knows that fact.  Some folks who like the Tea Party have actually stopped reading this blog because I have been so outspoken in my distaste for this rag-tag group of nihilists who are doing their level best to bring down the Republican Party.

When 12 Members of the House Republican Conference voted against the Republican choice for Speaker a year ago, I called for them to be ousted from the party.  Why should the party structure support a bunch of guys who won’t support the overwhelming choice of the party rank and file, I reasoned?

Let the Tea Party start their own Party, and let’s be done with it.  And then when election time roles around, we will see which party actually wins.  Will it be the Tea Party, the Republican Party or the Democratic Party?

Its vision of conservative varies with the Tea Party group.    Some of the Tea Partiers focus on immigration.  Others attack crony capitalism.  Still others hate all government spending.   Some think the Constitution needs to be rewritten, just as they call themselves constitutional conservatives.

But hate is not a policy agenda.  Early this week, one of the Tea Party groups tried to put forward a positive agenda, but it sounded mostly like typical Republican ideas.

I guess the basic difference between the Republican Party and the Tea Party is that Tea Party is better at expressing its hatred of President Obama.

And they like to express their dislike for Mr. Obama in fairly personal terms.  But they just don’t spew disgust with Obama.  They also spew venom at Mitch McConnell and John Boehner.

The Tea Party’s champion in Washington is Ted Cruz.

Ted wants to make Washington D.C. listen.  It’s not clear who or what DC should be listening to, though.

Cruz wanted to shut the government down in order to force the President to defund Obamacare.   Obama was never going to eliminate his biggest legislative achievement.  Not ever.

Cruz gave a long speech to protest the fact that the President was never going to repeal his signature legislative achievement.   He made D.C. listen, although most folks in D.C. probably only listened to the soundbites, like when he quoted from Green Eggs and Ham.

Cruz’s father once supported Fidel Castro.  Maybe that’s where Cruz got the inspiration to talk endlessly for 24 hours.

Ted Cruz never had an alternative to his plan to shut the government down.  And so, he lost a bunch of points with his Republican colleagues when his lack of plan came back to bite the Republican Party in its collective ass.

You would think he would have learned about the limits of going alone and how it is far better to work as part of a team.

But just about every President in the 20th and 21st Century had to sign legislation to increase the debt limit, because the alternative is not have a functioning government.

And Boehner, to his credit, read the writing on the wall.  He has a job to do, and that is running the House.

If the Tea Party isn’t going to give him votes to pass a debt limit with spending cuts, he would find votes in other places.

The Democrats were more than willing to extend the debt ceiling and they didn’t ask for anything other than it to be clean.

So Boehner went with plan B, and that was the end of it.

There is little debate that extending the debt limit was necessary.  The stock market would have collapsed otherwise.   And with it, the rest of the economy.

We can have an existential discussion about whether it is a good thing or a bad thing to increase the debt limit, just like Alexander Hamilton and Thomas Jefferson used to have.

But back here in the real world, not increasing the debt limit will mean that the Federal government defaults on its debts.   John Boehner didn’t want to be the one Speaker of the House remembered for not agreeing to pay America’s debts.

He didn’t want to be the Speaker of the House who made America Argentina.

Now, Ted Cruz might sing “Don’t Cry for Me Argentina” when he is in the shower, but no matter what he sings in the shower, he didn’t come up with any plausible alternatives when it came to increasing the debt, except for one.

He didn’t want the Democrats to be the ones who got blamed for increasing the debt limit.  He wanted Republicans to share the blame.

Why, you might ask, given that he is theoretically a Republican.  After all, he once ran in a Republican primary, and that is how he got his voting card in the Senate.

Well, because Ted Cruz isn’t a Republican anymore.  He is a Tea Partier.

Never has one man done more to try to destroy a party that he professes to be a member of than Ted Cruz.

Now, maybe he believes -- like the never-named Major in Peter Arnott’s story about the battle of Ben Tre --that we have to destroy the Republican Party to save it.

And Cruz knew he wasn’t going to succeed on his filibuster.  He knew that ultimately, by forcing a vote, he was hurting his own Republican colleagues.

But he did it anyway, because he wanted to make D.C. listen.   Or so he said.

What D.C. heard was that Ted Cruz, the son of man who was thrown in jail by Fidel Castro’s fiercest enemy, has declared that he is no longer somebody who cares much for the Republican Party.

He is all about the Tea Party not the Republican Party.