No Sure Thing in Politics

First published on The Hill 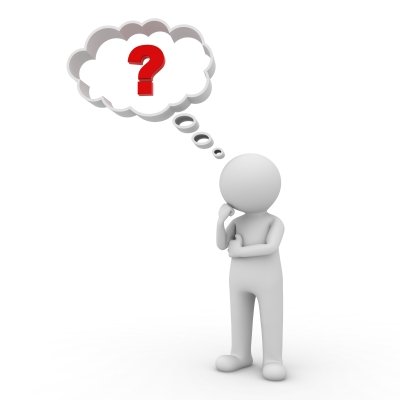 Uncertainty is the one thing that seems certain in the world today.

We are in an age of transition, sparked by changing social mores and unstoppable technological progress.

Where it will end, nobody knows.

Both political parties are embroiled in insecurity.

The Tea Party is continuously assaulting the conservative bona fides of Republican officeholders, despite their near-perfect voting record on key conservative issues.

Democratic senators are nervously fleeing from their president, awaiting a midterm election that promises to be brutal in swing states for Barack Obama’s party.

Gallup found that 72 percent of the American people views the federal government as a bigger threat to the future of the country than big business or big labor, the highest percentage ever to respond in the affirmative in the 50-year history of the question.

In this political atmosphere, it is pure folly to make any long-term assumptions.

It is commonly assumed that Hillary Clinton will be the Democratic nominee in the 2016 presidential election, but she was assumed to be the nominee in 2008 and look what we got.

New revelations from a treasure trove of information from her friend Diane Blair, whose papers were donated to the University of Arkansas, show the bizarre relationship between Clinton and her husband.

Will those revelations be enough to derail the Ready for Hillary campaign? It’s hard to say, but I wouldn’t make any assumptions this early in the presidential process.

It is also assumed that congressional Republicans will sweep both the House and the Senate in the midterm elections.

If I were a Republican incumbent, I wouldn’t take anything for granted.

It is House Democrats who have raised the most money from all of the campaign committees so far, not House Republicans.

And when it comes to the Senate, though things are looking good right now for Republicans, it is no slam dunk (to paraphrase former CIA Director George Tenet). Many Republican incumbents will have to endure bruising Tea Party campaigns before they face the general election voters, and many of those contests will drain resources and force the incumbents to take positions on issues that might not play as well in a general contest.

How should Congress legislate in this era of insecurity and dissatisfaction?

First, it shouldn’t put off for tomorrow what it can do today.

Some strategists are saying the GOP should “wait until next year” on immigration reform, but making assumptions about who will control Congress next year is a big mistake. Better to tackle these issues now than to wait for a better time somewhere in the future. That better time might never come.

Second, Congress shouldn’t manufacture avoidable crises that undermine the economy and confidence in our political system. The government shutdown last year had a dramatic impact on Republican approval ratings, but it also hurt the president’s image. Both sides should learn lessons from that unfortunate episode. Extending the debt limit is an unpleasant but necessary part of the governing process.

Third, it should get back to regular order.

Getting a top-line number allows the Appropriations Committee to get back to work, perhaps the most positive part of the budget deal reached by Rep. Paul Ryan (R-Wis.) and Sen. Patty Murray (D-Wash.). Returning to regular order would send a message to the American people that Congress is doing the people’s business in a professional and competent fashion — hopefully that will restore some faith in the legislative branch as an institution.

Congress is both a reflection of public opinion and a leader in shaping it. How members of Congress act and react can either incite the worst fears of the people or give them some peace of mind that better days will come. A Congress that gets its work done and dispenses with flawed assumptions about the future is a Congress that will restore faith in our democracy and provide the people a greater sense of security in their daily lives.