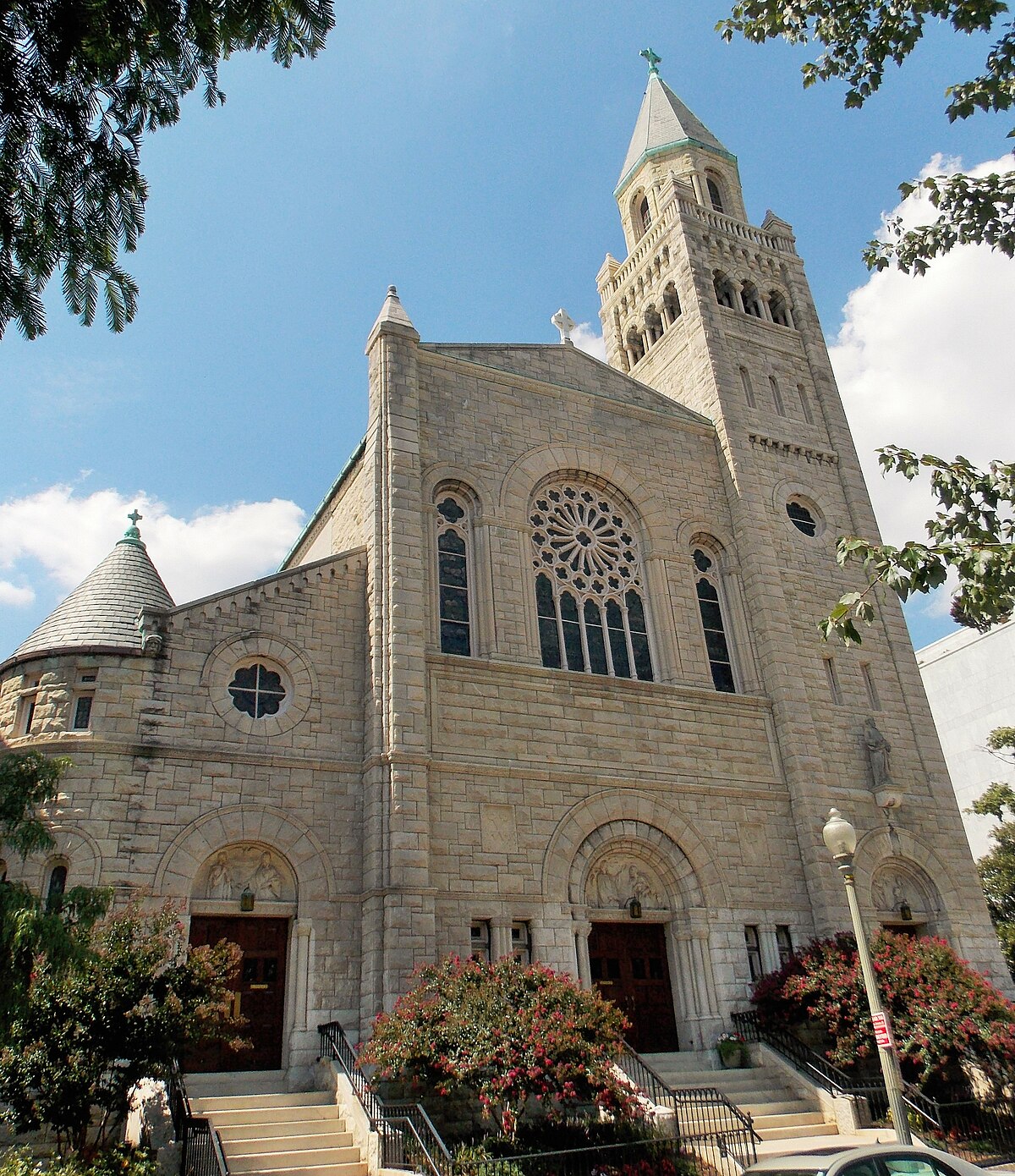 I asked Father Riffle, my Parish priest, to reconstruct a homily that he gave a couple of weeks ago at Mass because I wanted to share it with you.   Here it is:

Maybe it is just the fact that I am normally seen walking the streets of Captiol Hill in clerical attire, but I seem to get regularly stopped to be asked some religious question.  I guess this is why the Church asks us to wear clerical dress.  Not too long ago, I was stopped by a young man who began to strike up a conversation about how Jesus did not found a Church, but a religion.  I tried to politely listen to the young mans argument, but while he was obviously seeking Christ, he was clearly missing what Jesus came to do, what his mission really was all about.

Recently we have been reading at Mass, from the Gospel of Matthew and in particular this Sunday we hear from Matthew 18: 15-20.    This whole section of Matthew’s Gospel speaks to us about the Church that Jesus has come to establish.  In Matthew 16, we see Jesus entrusting the responsibility of leadership upon St. Peter, our first pope, charging him with authority over the community of disciples.   A little later in the same chapter, Jesus reminds Peter and the others of the demands of discipleship, of the need to carry our crosses in imitation of the Cross that he must carry.  In today’s account, we see Jesus speaking to the community that he has now formed, about how they must treat one another.

My friend who stopped me on the street argued that Jesus was simply giving us a new way of living, a path to holiness, to enlightenment.  Such an understanding of Jesus in his mission makes him the same then as any other religious figure that has appeared in human history.  For us as Christians, this can’t be true.  We claim Jesus as the Messiah, the Son of God.  He has not come into the word to make something new, but to complete and restore what was begun by his Father at the very dawn of creation; the perfect union between God and humanity.

From the very beginning, God created us not only for union with him, but for us to be united together, in community.  God said, “It is not good for the man to be alone” (Gen 2:18) so He created Eve to be the partner for Adam.  It is in our very nature to be communal, it brings us strength, wholeness and happiness.   Our first parents live in perfect communion with God and with one another until the fall.  And it is because of the fall that we were in need of a messiah, Jesus.  In order for Jesus to be the messiah he has to draw us to God and toward one another.

Jesus told the disciples who he formed into a community of faith, with Peter and the apostles as their leaders, that they have a responsibility to work together,  as a community (i.e Church) to help each other on the path of discipleship.   Jesus has just told us that the path of discipleship is necessarily going to be hard, so he exhorts us to help each other.  To encourage, strengthen and yes even admonish one another should the need arise.  Jesus never intended for us to “go it alone” but “go it together.”

So while we are called to a personal relationship with Christ, and each of us is called to follow him on the path of discipleship, we are also called to see that we are not alone on the path.  We walk the together with our brothers and sisters in Christ, we walk it together as a Church.