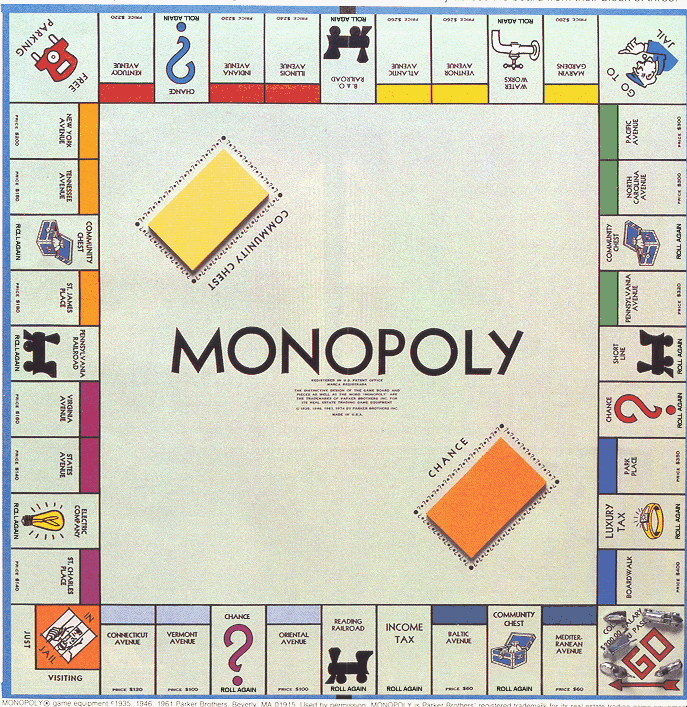 When you play Monopoly, it is always nice to own the utilities.  It won’t make you rich and it won’t knock your opponents out of the game, but it provides steady income.

In real life, the utility market has become a far less steady.  Deregulation has led to competition, consolidation, wealth creation for a few big-shots, and more choices for consumers (if not always more reliability at lower cost).

When I was growing up, the big utility in my hometown was Commonwealth Edison.   The name spoke to the historic nature of the Company, because, after all, it included Edison, the inventor of the light bulb.  Back then, Commonwealth Edison was reliable in one big sense.  If your electricity went out or if your electric bill was too high, you knew exactly who to bitch at.

After Illinois moved to deregulate its electricity market, Commonwealth Edison was eventually sold to a bigger corporate entity, Excelon.  Excelon, as a name, doesn’t exactly stir the soul.  There is no Edison in Excelon.

The fact of the matter is that the government will always have a role in electricity production.  The reasons are many.  Electricity is vitally important to national security.  Without electricity, our world would collapse in about three days.  (There is a new television show about that phenomenon.)  Electric generation can be messy and can have health and environmental implications (nuclear, coal, natural gas, heating oil, etc).   Zoning to build power plants and power lines can often require government permits and sometime eminent domain has to be used to get the land and the rights of way.

That’s just the way it is.  Getting government completely out of the electricity business is fanciful.  And the fact is that every form of energy has had its fair share of government subsidies.  Nuclear power plants can’t get built without massive government subsidization.  Oil and gas production has long had favorable tax breaks.   Home heating oil gets subsidized in the Northeast and air conditioning gets subsidized in the South.

That is what makes the current debate over the production tax credit for wind so puzzling to me.  Excelon, the big conglomeration that now owns Commonwealth Edison, recently came out against the Wind Energy Tax Credit because they are concerned that it distorts the marketplace.

In fact, they are hosting a briefing with a Tea Party aligned energy group with conservative staff members today to try to get the conservatives to kill the Wind Energy Tax Credit.

That is pretty funny, because up until this year, Excelon was taking advantage of the Wind Energy Tax Credit.  That is also pretty funny because Excelon continues to get huge subsidies for its nuclear business.

Excelon’s new free market position is also interesting given that it got 200 million dollars in stimulus money three years ago from the Obama Administration.  Excelon also landed a commitment from the Treasury Department for a up to $646 million dollars to finance a large solar project.

But that is all in the past because they now find that wind now is driving down prices in the electricity marketplace.  That’s enough reason to tell Republicans that they don’t want anybody else getting the subsidy any more.  That’s right, the wind energy tax credit has worked in driving down prices for consumers, and Excelon, as a big conglomerate that wants to make big profits, doesn’t like that end result.

To be clear, I am all for big profits, but not at the expense of consumers, especially when it is clear that a company like Excelon is trying to play both sides.

This is why I love Washington.  Only in this town can you find this kind of wonderful hypocrisy.

I can understand a position that says that nobody should get any subsidies.  That is philosophically understandable and even laudable, although I do believe that that will lead to higher prices for consumers.

In full disclosure, I represent a utility that wants the Wind Energy PTC extended because they believe that the wind energy market is an important investment in America’s energy security.

It is too bad that in the game Monopoly, there isn’t a Community Chest card that reads “Caught in Rank Hypocrisy, Go Straight to Jail.”   There should be.