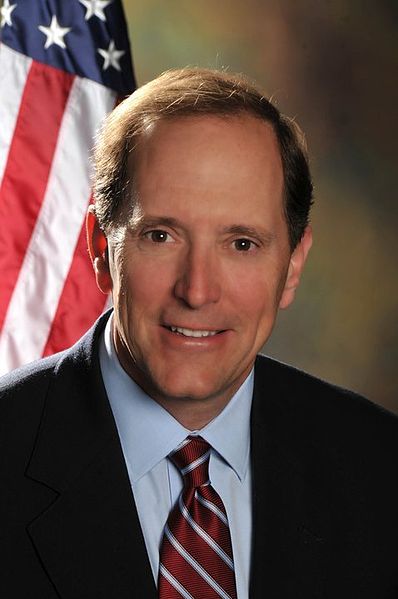 That’s how legendary Finance Committee Chairman Russell Long summed up the basic view of most Americans  about tax policy.

The Beatles put it a different way.

Let me tell you how it will be

There's one for you, nineteen for me

Should five per cent appear too small

Be thankful I don't take it all

If you drive a car, I'll tax the street

If you try to sit, I'll tax your seat

If you get too cold I'll tax the heat

If you take a walk, I'll tax your feet

There’s an old saying that nothing is certain but death and taxes, but that doesn’t stop people from trying to cheat both.

And there are two groups that are doing pretty well when it comes to tax policy.

The bottom half of America pays no federal income tax (sorry, payroll taxes don’t count).  And the very wealthy pay at a lower rate than the middle class.  Warren Buffett likes to remind people that he pays a lower effective tax rate than his secretary.  I imagine Buffett’s secretary makes a pretty penny, but because she is a salaried employee, she pays a higher rate than someone like the Billionaire from Omaha  who gets most of his income through his investments.

America has one of the highest corporate tax rates in the world, which is why many American companies relocated many of their operations overseas.  They then keep hundreds of billions of dollars in some other country, because if they decide to take that money and invest it on Main Street, they will get penalized by the IRS.

It is pretty much agreed by everybody that the tax code needs to be thoroughly reformed.  Every economist agrees that the best thing we can do spur economic growth in this country is change how we collect revenue from individuals and corporations.

Dave Camp, the Ways and Means Chairman, has put out a far-reaching proposal to do just that.   He has looked deeply into the tax code, putting groups of his members on bipartisan teams to dive into the details of how the American people actually pay their taxes and how they make economic decisions based on that process.

We all know how amazingly counter-productive our tax code is and how its complexity actually favors the wealthy over the middle class.  We all know how difficult it is to figure out what goes where and what we should do to avoid paying unnecessary penalties to the IRS.

But in this political atmosphere, getting something done about it seems extraordinarily difficult.

Dave Camp’s partner in crime, Max Baucus, drove so hard on the tax reform bandwagon that Harry Reid had President Obama send him to China.  Not exactly to a forced labor camp, but far enough away to get the Montana Democrat off of his back.

But we will never get to a tax reform product until we start a serious conversation.  And Chairman Camp has had the courage to start that conversation.

I may disagree with some of the specifics that Dave Camp will outline later today when he unveils his draft plan to reform the tax code, but I admire his efforts to get the people talking about it.

Camp will take some shots at conservative sacred cows.   I personally think it is a mistake to screw around with the Housing market.  I am also not a big fan of hitting people who make more than 250,000 with a special wallop.   That’s the middle class and they pay enough.

I also think that we need make sure that everybody pays something.  When half the country pays nothing in taxes, we create a dangerous dynamic where there is no sense of shared sacrifice.   If we are truly all in this together, we should all pay our fair share.

But Camp is cognizant of the fact that it is the rich who pay most of the taxes in this country, and any tax reform package that takes down rates will most assuredly have politically difficult-to-defend distribution tables.  The Ways and Means Chairman is trying to mitigate some of that damage, and that process can be very, very difficult.

Economic growth is the bottom line.   Camp’s tax reform package is aimed at growing the economy and growing the middle class.   His plan will be controversial but at least he has a plan.   If we are serious about growing the economy, fundamentally reforming our tax system is one of the top ways to do it (expanding trade, repealing Obamacare and dramatically simplifying our regulatory regime would be other ways to do it).

Camp is getting the conversation going, and I think that is a positive development.