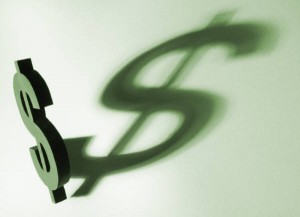 As the rest of the country fixated on the decline and fall of Charlie Sheen, Washington took a small step towards fiscal responsibility.

Under the prodding of House Republicans, the Senate passed a two-week extension of the spending authority that keeps the government open.

In the context of the 1.4 trillion dollar budget deficit, 4 billion dollars is but a drop in the bucket. It isn’t really even a full step. It is more like a small shuffle.

But in the context of the credibility of House Speaker John Boehner, this was a very big step.

He told his troops in the House that he would deliver spending cuts for them with each continuing resolution. And in this first instance, he delivered.

He came up with a package of spending cuts that the President had no choice but to accept. And by moving first, he put the Democrats on the defensive.

Democrat Leaders are not happy to be put in this position and they are starting to wonder if the President is going to lead or simply going to follow John Boehner.

It is a good question.

Sure, the President has a lot on his plate. The Middle East is melting down. State employee unions are protesting across the country. The economy is shaky at best. We are still fighting two wars.

And of course, there is always the crisis in Charlie Sheen’s mind.

But no crisis has bigger long-term implications than our impending bankruptcy.

And that will require more than the small step that the Congress took this week.