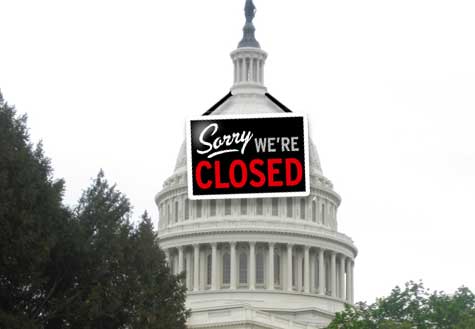 I first got a chance to meet John Boehner when he came to the Congress in 1991. He entered the Congress with a bang, teaming up with the so-called “Gang of 7”, new Republican members who had enough of the rot that then permeated the institution.

Boehner was a rabble-rouser, but he was also a team player, and when Bill Clinton became President in 1993, Boehner joined the Theme Team, a Michel creation that used one-minute speeches to counter the Clinton message machine.

After Republicans took over in 1995, Boehner leaped to the Republican leadership after serving only two terms in the House (which back then was pretty amazing), where he got a chance to run the Conference message machine. Boehner saw first-hand what happens when the government shuts down. He supported the revolutionary class of 1994, the original Tea Party movement, when they wanted a government shutdown.

But he learned first-hand the perils of communicating ineffectively in a crisis. He saw Newt Gingrich make mistake after mistake, including the infamous rant when he complained that Bill Clinton wouldn’t allow him to depart Air Force One from the front of the plane. The New York Post called Gingrich a crybaby, and Republicans from that moment forward were on the defensive.

While Boehner sometimes gets emotional on the House floor, nobody will call him a crybaby in this negotiation. Because he has lived through shutdown politics before, Boehner is determined to be extraordinarily disciplined in his messaging.

Pundits are forced to speculate about who will win and who will lose a government shutdown. I believe that all Washington politicians involved in this negotiation will be blamed, but only one politician will get blamed the most.

And that politician is Barack Obama.

If the shutdown drags on for days or weeks, it will have a negative impact on the economy. That is not good for Obama, who has the most to gain from an improving economy and the most to lose from a sputtering economy.

I know John Boehner pretty well and I like him. To most Americans, though, he is relatively anonymous. He is no Newt Gingrich. He isn’t prone to say crazy things. He doesn’t have that shock of white hair. He doesn’t have an odd first name. He isn’t a media rock star. Boehner is cool, he is calm, and he isn’t that well-known. That plays in his favor. He will not be an issue in the next campaign.

Democrats like Chuck Schumer and Harry Reid are fighting the last war. They believe that a government shutdown helps them because it helps brand the Republicans as extreme. Actually what it does is brand everybody in Washington incompetent, and that hurts President Obama the most. Whoever gets the Republican nomination for President will not be involved in this negotiation in any way shape or form. Every potential nominee can point to this negotiation and say with certainty that “I can do better than that!” And they are right.

Obama has the most to lose from a shut-down, not the Tea Party, not John Boehner, not the GOP, no matter what the pundits or the Democrats have to say about it.