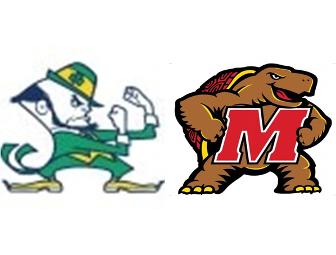 I didn’t watch the Republican debate on Saturday night.

I know.  I am a so-called pundit.  I am a political junkie.  I am supposed to watch every single debate with intense devotion.

Well, guess what?  Saturday night in November is all about college football.  And if you don’t understand that, you are not really in touch with the American people.

So, I was watching football on Saturday night and not watching the South Carolina debate, which apparently was about foreign policy.

Foreign policy, by its very nature is foreign, so if I can going to pick a debate to miss, it might as well be that one.

Just kidding.  Foreign policy is kind of important, especially if care about things like jobs, the economy, the debt crisis, war, peace, world-hunger, pollution or anything else.

It was Walt Disney who first said it’s a small world after all.  And these days, with Twitter, Facebook and all of that other newfangled stuff, we are all connected closer than ever.

But that doesn’t mean that I was going to miss college football.  Not hardly.

Rick Perry apparently shocked everybody by saying that he was going to go to zero-based budgeting for all foreign aid.  That is a great proposal, especially if you are a lobbyist who represents foreign countries trying to get foreign aid.

That Perry included Israel in his proposal shocked commentators all over the place, but don’t worry.  Israel will get its aid.

Mitt Romney hinted strongly that he would go to war against Iran if they developed a nuclear weapon.  Nobody really wants to go to war with Iran, even if they develop a nuclear weapon.  We are broke.  The American people are tired of war.  Can’t we just get the Israelis to use some of that foreign aid we give them and have them bomb the nuclear reactor once the Iranians build one?  Wouldn’t that be cheaper?

Talking of bombs, I hear that Hermann Cain bombed in his first deep foray into foreign policy.  He kept answering every question – and once again, this is what I hear since I didn’t watch the debate – with the same answer:  I will consult my advisors until they tell what to do.   Too many voters think back to how reliant George Bush was on Dick Cheney and Paul Wolfowitz and don't like that idea with Mr. Cain.   Been there, done that.

Newt Gingrich, apparently, didn’t attack the moderators for the first time in a debate.  I wonder if that will stop his progress in the polls.

But once again, I didn’t catch any of this.  I also didn’t catch Saturday Night Live, which apparently did a pretty nice job of replaying the Rick Perry fiasco from earlier in the week.

I was watching college football, more specifically Notre Dame vs. Maryland.  It wasn’t that great of a game, but the half-time show was fantastic.