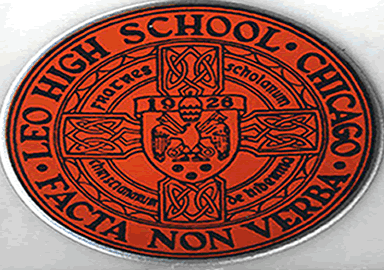 I was more than a little bit surprised to hear that Rick Santorum proudly talk about how he  home-schools his 7 children as he campaigned in Idaho.  I thought he was Catholic.

Now, I know there are plenty of Catholics who home-school their children for a variety of reasons.  I even know a few.

Catholic schools do a tremendous job educating children even if the kids aren’t Catholic.

I say this as somebody who attended public schools up until I went to Marquette University, a Jesuit institution.

And the public school I went to did a pretty decent job of educating me, although somehow I felt I really had to catch up on my theology and philosophy once I got to college.

Theology and philosophy might seem to superfluous, unless of course you live in a society where greed is rampant, where egotism is king, where cruelty is common and where violence is all too often present.

“In 1980, the late James S. Coleman, a prominent, University of Chicago sociologist, conducted a comprehensive study of student performance in secondary schools. This study was commissioned by the Department of Education, and many expected it simply to detail what types of school characteristics are associated with student success. Most observers were surprised then when Coleman focused on the importance of a single school characteristic: whether schools are public or private. Further, because Catholic schools constitute a large and relatively homogenous group in the private-school sector, Colemanand his two co-authors, Thomas Hoffer and Sally Kilgore, directed most of their attention to differences between Catholic and public schools. They examined achievement test data and concluded that students in Catholic schools learn more than students in public schools. Moreover, Coleman rejected the claim that Catholic school students perform better on achievement tests simply because they are more talented orcome from better families. He argued that the achievement differences between public and Catholic school students are, in significant measure, attributable to the different schools they attend. This study sparked significant controversy, and, over the next 15 years, numerous studies addressed the issues that Coleman raised. Coleman also continued working on the topic, and, in 1987, he and Hoffer published a book that dealt with both their original data and follow-up data collected after 1980. Taken as a whole, Coleman's work, and subsequent research by other scholars, indicates that, on average, Catholic high-school students learn more than public-school students of similar backgrounds and ability levels. It was also found that Catholic schooling lowers high-school dropout rates.”

There are plenty of other studies that show that Catholic schools, whether they are in the inner city or in the suburbs, do an exceptional job of teaching children.

If that is the case, and I think it is, why would Rick Santorum, self-professed Orthodox Catholic, travel to Idaho and proudly talk about how he and his wife home-school their kids?

When somebody as prominent as Rick Santorum takes his kids out of the local Catholic school, his kids don’t just lose.  The community as a whole loses the opportunity to interact with his kids and his family.

I am not a fan of home-schooling.  I think it leads to a breakdown in community.  When good families decide not to participate in either the public school or the local parochial school (or private school, should that be the case), it is a loss for everybody.

Santorum is going to Idaho and thinks he can gain great favor by talking about how he home-schools his kids.  To me, that’s not a great virtue.