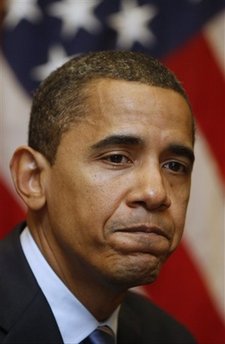 President Obama has an uphill climb if he wants to be reelected. And there is little evidence that he is taking the right steps to get there.

Since FDR, only one Democratic president has been reelected. That was Bill Clinton, and he won because the economy was exploding and the Republicans were imploding. Bob Dole ran a lackluster campaign at best (remember the “bridge to the past”), and Ross Perot siphoned off enough votes to make Clinton’s 49 percent look like a landslide.

The president’s popularity ratings are dangerously low. He might peek above 50 percent every now and then, but the natural setting for his poll numbers is around 45 percent. As any politician knows, running for reelection with a poll number of 45 percent is not a comfortable feeling. Even Jimmy Carter had higher ratings than this president at this stage in the game.

The president doesn’t have a clear message for reelection. Is he running on the Reagan theme of “Morning in America,” or is he running against the “Do-Nothing Congress” like Harry Truman did? It is hard to run against Congress when his party controls half of it. It is hard to run on the idea that everything is hunky-dory when the American people sure don’t feel that great about how things are going. And the right-track/wrong-track numbers are still abysmal, even if they have improved a bit.

The president’s signature accomplishments are unpopular. The stimulus was perceived to be a pork-barrel joke, and while the president’s team might still be making the case that it was effective, Obama has been on the defensive about it since it first passed the Congress. The healthcare law is still very controversial, as witnessed by the Catholic Church’s bitter opposition to one of its provisions. The odds are 50-50 that the Supreme Court will throw the whole thing out.

The business community, once split, is now united against this president. Wall Street gave a bundle to Obama in the last election, but now see him as an existential threat. The healthcare sector, the energy sector, the banking sector, small business, big business, all are working overtime to beat the president. The reason? He is anti-business. They know it and he knows it.

And while Big Labor’s leadership remains committed to the president, the heart and soul of the labor movement, the white working class, will vote against him. His poll numbers among lower-income white voters are in desperately terrible shape. And he has done little to cultivate support among these voters.

The president’s best hope, that a third-party movement somehow gains steam, hasn’t materialized yet. The “No Labels” group has qualified a candidate across the country, but that candidate is yet unnamed, and from all accounts, probably will be unwilling to actually run.  You can’t have a real third-party movement without a willing and charismatic leader.

The rise of the super-PAC has thus far been a positive for this president. Most of the super-PACs have taken dead aim at the Republican candidates in what has been a pretty bloody primary. But eventually the Republicans will select a nominee, and those super-PAC dollars will once again take aim at the president. This will eliminate any potential advantage the president has from the power of incumbency and prove to be a great equalizer in the election.

The president may seem like a shoo-in for reelection at this point in time. He is not. He will face a long summer of higher gas prices, conflict in the Middle East, an uneven economic recovery and several structural disadvantages that make his reelection bid an uphill journey — and that’s being charitable.