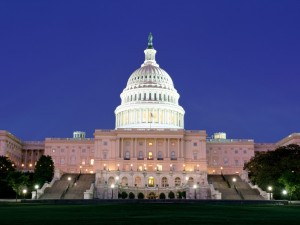 The President spiked the ball in the White House end zone yesterday, before jetting off to Hawaii for his family vacation.

The media has been abuzz with his late-in-the-game touchdowns. The Congress finally passed his key items, including the Start treaty and the end of “Don’t Ask, Don’t Tell.” Congress also finally relented on a 9/11 compensation fund, after finding ways to bluff a pay-for.

But while the President might think he is leaving on a high note, on the things that the President ought to worry about, the Congress did nothing.

Sure, it extended President Bush’s tax cuts for two more years, but so what?

The status quo is not revolutionary change.

The House and Senate did not complete any of the spending bills that it is supposed to pass. The Congress is given one particular power under the Constitution, the power of the purse, and instead of doing something with that power; it decided to leave all the major decisions to the Republicans.

Now, as a Republican, I am delighted with that decision. But let’s not kid ourselves. When it comes to the real meat and potatoes of governing, the Democrats largely took a pass.

Sure, they passed an unpopular health care bill. But for the 8 in 10 Americans who already have health insurance, this law raises their insurance rates and costs them more money.

Yes, it may be good for that small slice of America that has a child between the ages of 18 and 26 who won’t leave the house and get a job (okay that might be an increasing bigger slice), but for most Americans this provision was irrelevant.

And that describes most of the President’s agenda. It has been irrelevant to what concerns most Americans, and just about every poll I have seen says that the top three concerns are jobs, jobs, jobs.

There was a story in the New York Times today about a small town in Alabama that simply stopped paying out its pension obligations to its retirees. The reason? The small town is broke, and it would rather pay the garbage man to take the trash than some 60-year retiree to do nothing.

This story is an example of the crises that faces not only small town America, but also big cities and big states. Montgomery County, a suburb of Washington D.C., pays 60 percent of its annual budget on pension obligations. No wonder it can’t pick up the snow. Chicago is laying off its on-duty police officers, because it can’t make its obligations for the retired ones. California? Well, it is going to go through another round of budget disasters, largely because of the pension costs.

What has the President done to help alleviate this crisis? Nothing, except for coddling the public employee unions who are driving this nation off the financial cliff.

But the President shouldn’t be particularly ebullient about his accomplishments. They may make him feel better about himself. They don’t make the Middle Class feel better about itself, however, and that could prove to be politically devastating for him in two years.