Moving to a 5G World 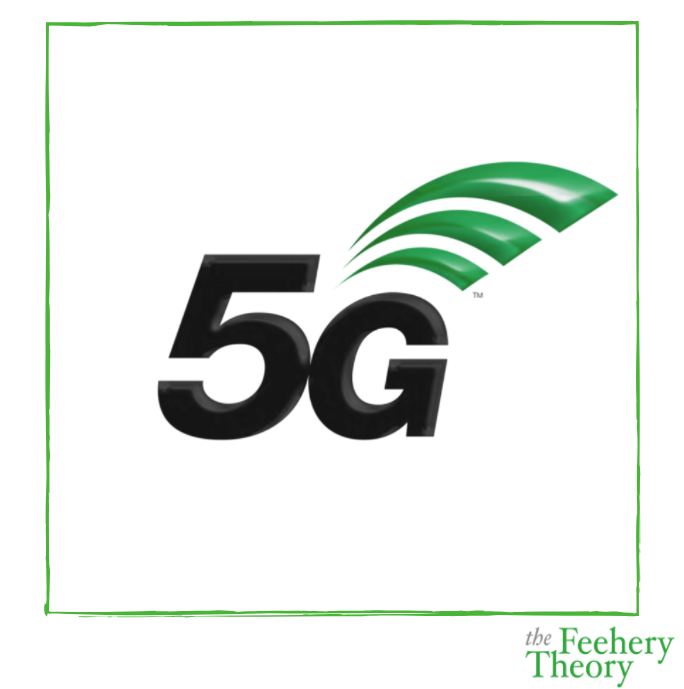 When Cleyson Brown was 9 years old, he lost his arm working in his father’s grist mill.

The year was 1881, and there wasn’t much of a bionic industry where he lived in Abilene, Kansas.

But Brown didn’t let the loss of that arm slow him down and he would later transform that grist mill, owned by his father Jacob, into an electricity generator and later into a long-distance telephone company.

Telephony is not a business for the independent operator.  The whole purpose of the telephone is to connect people, the more people the better.  And so, like other companies like it (namely American Telephone and Telegraph), Cleyson Brown went about acquiring other smaller companies, in the process building up a company to survive the ages.

All of this effort by Mr. Brown would eventually yield a company that we know today as Sprint.

And if Cleyson Brown’s efforts to better serve rural America animated the company that now calls itself Sprint, the latest announcement by one of Sprint’s competitors, T-Mobile, to buy what was once the Brown Telephone Company, is being done for similar reasons.

The name of the game at the dawn of the 20th Century was connected customers through telephone and telegraph wires.

The name of the game as we prepare to enter the third decade of the 21st Century is wireless.

It should be no surprise that T-Mobile is all about the wireless world.  Mobile dominates its name and its history.

Founded in 1994 as a subsidiary of Western Wireless, called Voicestream Wireless, T-Mobile’s roots are in the Great Northwest.

Where Sprint’s culture is Midwestern in approach and in history, T-Mobile has the Northwestern attitude of innovation and disruption.

The merger of these two companies, one old and one new, one wired to history while the other untethered to the past, was not only inevitable but also a necessary step in the evolution of our mobile future.

Their two biggest competitors in the space (but by no means the only competitors) Verizon and ATT, are the big dogs compared to the TMobile/Sprint decided underdogs.

Both of these huge companies are direct descendants of the monopoly founded by Alexander Graham Bell.

For young people who never lived in a world dominated by one huge telephone monopoly, it must seem strange.  But yes, there once was a company called Ma Bell, and they decided everything when it came to telephone policy in this country for most of the 20th Century.

Ma Bell was broken up by the Federal Courts in 1982, and the result was the creation of 7 Baby Bells, or smaller regional carriers that were supposed to compete against one another, to drive down prices, provide consumers more choices and create more innovation.

But the marketplace being what it is, of those seven Regional Bell Companies, only two exist today, Verizon (which was once Bell Atlantic) and AT&T (which was once Southwestern Bell).

These two legacy companies still dominate close to 70% of the market.  And because they don’t necessarily worry about the start-up T-Mobile and the perennial underdog, Sprint, they have been looking to invest in other adventures rather than focusing on the next generation of mobile service.

Indeed, AT&T has been looking to get into the content business with its proposed merger with Time-Warner (which is currently getting tons of scrutiny from the Justice Department) while Verizon is moving into the social media space/ internet space with its purchase of Yahoo.

The great thing about the T-Mobile/Sprint merger is that it serves notice to the dominant players in the industry that they are vulnerable to a 5G play.

5G literally means the 5th generation of mobile wireless capacity.  You can’t get to the Internet of Things without the consistent service that comes from a rapid deployment of 5G service.

So 5G is important to all of us and how we envision living in the future.

Both Sprint and T-Mobile have made huge bets on the efficacy of the 5G, assembling assets, buying the necessary spectrum, purchasing the right equipment and acquiring the right technology and know-how.

But those investments separately will only take them so far.  Unless they combine their assets, they will never offer serious competition to the big boys.  They will never get the scale, the customer base, the resources, the spectrum to drive their competition to a higher level of 5G deployment.

China is making huge investments in a 5G world (Korea is too, but they are seen by most as an ally and are not as big of a threat to our economic future as the Chinese).

If we lose 5G to China, if we fall behind in bringing the Internet of Things to the consumer and to the commercial sector, we will lose a lot more than jobs and economic security.

What we need to do is get this merger approved and get to the business of innovation which naturally springs from better and stronger competition.

In full disclosure, I have been a consultant for Sprint for the last year.  I like working for the great people who work there and I like working for an American company that has a history of serving its customers and making this country a better place.

I also like working for an underdog.  Sprint has been an underdog since its very beginning since Cleyson Brown lost that arm as a young boy.

It is nice to see the underdog win.  And this merger will get them a better chance to win against the Big Boys, and more importantly, better serve their customers and the country as we move into the 5G world.