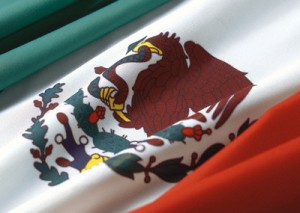 The headlines coming from Mexico are almost all uniformly bad.

Notre Dame and Miami, two college football programs who are competing against one another in the Sun Bowl in San Antonio during the New Year’s weekend, have banned their students from visiting Mexico during Bowl week. Too dangerous.

And there is some reason for concern. In fact, a great deal of concern.

A drug war has consumed our friends south of the border, causing mayhem, death, destruction, and grisly murder.

The Washington Post reported earlier today, that according to leaked diplomatic cables, getting the top drug lords in Mexico is no easy task: “ The leader of the Mexican military told U.S. authorities last year that the head of the Sinaloa drug cartel moves among 10 to 15 known locations but that capturing Joaquin "El Chapo" Guzman was "difficult" because the most wanted man in Mexico surrounds himself with hundreds of armed men and a sophisticated web of snitches, according to a leaked diplomatic cable. Mexico's defense secretary, Gen. Guillermo Galvan, told Adm. Dennis C. Blair, then the Obama administration's director of national intelligence, that the Mexican army was implementing plans to capture Guzman, but that "Chapo commands the support of a large network of informers and has security circles of up to 300 men that make launching capture operations difficult," according to a report sent by U.S. Ambassador Carlos Pascual on Oct 26, 2009, and released by WikiLeaks to news organizations.”

But we are also the number one place where Mexicans migrate to find work. So, America plays both a positive and negative role in the Mexican world.

Mexico’s economy, despite all of the drug war turmoil, grew at a surprisingly robust rate of 5%, and in 2011, its economy should continue to expand. The Mexican peso is closing stronger against the dollar at the end of the year.

Mexico, over the last ten years, has become a manufacturing powerhouse.

According to Wikipedia: “The electronics industry of Mexico has grown enormously within the last decade. In 2007 Mexico surpassed South Korea as the second largest manufacturer of televisions and in 2008 Mexico surpassed China, South Korea and Taiwan to become the largest producer of smartphones in the world. There are almost half a million (451,000) students enrolled in electronics engineering programs with an additional 90,000 students graduating from electronics engineering and technical programs each year and Mexico had over half a million (580,000) certified IT professionals employed in 2007.”

Tourism is one of the most important sectors for Mexico. In fact, Mexico is the fourth most visited country in the world. It is a big country, with many beautiful beach locations, including Puerto Vallarta, Acapulco, Cancun, and where we are going, Cabo San Lucas (if our flight ever leaves from Washington D.C.)

Mexico is an important, if underrated, neighbor. The Mexican culture influences every community in America, from the local Taco Bell down the street to the Corona and Margaritas being served at the corner bar.

I will be in Mexico for the next 8 days, so if you are a regular reader of this blog, please keep in mind that my posts may be more intermittent than usual. It is awfully hard to blog when you are sipping a Tecate from the Baja beach. But I will do my best.