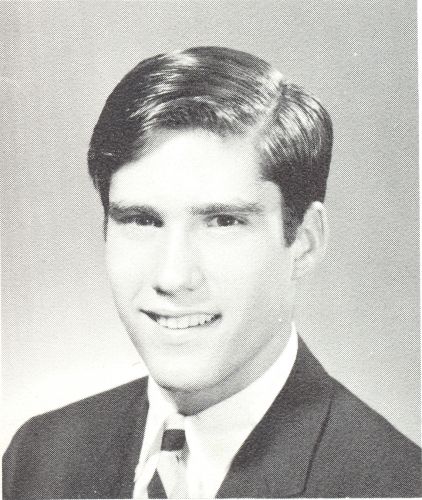 This is why I don’t run for President.

I can only wonder in horror at what kind of stuff they would dig up about me when I was in my early to late teens.  I wasn’t the worst kid in the world, but I had my moments.  Let me say, for the record, that if I offended you or bullied you or made fun of you or in other way hurt you when I was an insensitive teen-ager, I am sorry.

That is basically what Mitt Romney did yesterday.

Some of his chums from prep school remembered a nasty prank that Mitt Romney pulled about 50 years ago, and of course, that prank is now part of a bigger narrative about who the Republican nominee is today.

He is Mean Mitt, who picked on closeted gay students in his early years and then fired people when he got the chance to be a corporate CEO.  That is how the Democrats are going to try to play it.

I think it is all hogwash.

Mitt Romney might have been a privileged kid at a fancy school, but he also met his wife when he was in high school.  And by accounts, Romney has been a pragmatic, loyal, smart, and compassionate person ever since that point.

If the Democrats want to make this a story of Mean Mitt, I would turn it into a love story, where Romney learns how to be a man, a husband, a leader in his church, a father, and a successful businessman, all because he fell in love with a beautiful woman who would become his wife.

In other words, Mitt Romney grew up.

We all go through journeys in our lives. Some of those journeys are depressingly short and some are amazingly long.

Some people never change.  They learn all of what they are going to learn in high school, and they hang out at the same places and do the same things that they did their whole lives.

Other people evolve.  They travel the world.  They encounter live-changing crises.  They go through spiritual transformations.  They find out who they truly are.  Or they become somebody completely new.

We are learning much about the early lives of both Mitt Romney and Barack Obama, thanks to the Washington Post.  Barry Obama, the guy who hung out with foreign exchange students and dated an Australian girl when he lived in New York, is quite different from the Barack Obama who eventually married Michele and became a politician.

Mitt Romney has changed too.  He might have been spoiled child of privilege who once played a nasty prank on a strange looking kid in prep school.  But he is now a committed father, successful businessman and loyal husband.  And possibly the next President of the United States.