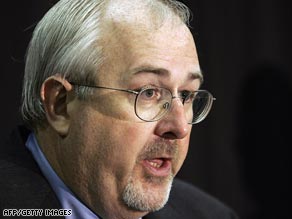 In an Administration full of disasters, one appointment stands out…in a good way.

When my wife worked for the State of Florida office, she told me about this guy who headed up the Florida’s disaster response unit.  She told me he was awesome, that he knew what he was doing and that he was a really great guy.

I was thinking about disaster response this week because Congress was flirting with political disaster – as it often does – by not coming to an agreement to fully fund FEMA.

Eventually FEMA came to the rescue by divulging that it had some extra money in the bank, and the crisis over a government shut-down was averted.

Fugate knows a thing or two about crises.

When he was the head of Florida’s version of FEMA, his state got regularly pounded by huge hurricanes and tornadoes.  He got good at helping people recover and organizing quick responses.  And he developed a pragmatic philosophy.  Help first and help quickly, worry about the technicalities later.

According to press reports, he was bouncing off the walls when he saw what happened to Louisiana during Hurricane Katrina.  That was a perfect example of how our political and bureaucratic incompetence can conspire to actually make a disaster even more painful.

Fugate has learned that lesson well over a life-time of experience in disaster response.  If anybody were born to deal with disasters, it is Craig Fugate.

Indeed, he learned the hard way that life isn’t always fair.  He lost both of his parents before he turned 20, but he persevered and found his life’s passion:  helping people.

He started early as a EMT and firefighter when he was a teenager.  He soon ran the local disaster response unit, and steadily moved up the ladder.  He considers himself a Democrat, but he became famous by working for two Republicans, Jeb Bush and Charlie Crist.

George W. Bush tried to hire him in the aftermath of the Katrina disaster , but he opted to stay in Florida until he had the opportunity to build up his own team under President Obama.

He has done a remarkable job, despite the fact that disasters are hitting just about everywhere in the United States, sometimes at the same time.  Wild fires in Texas and California, floods in North and South Dakota, tornadoes in Joplin, Missouri and throughout the Midwest, flooding up in New England, earthquakes in Washington D.C.  Hurricanes in North Carolina and New Jersey and Vermont. The list goes on and on.

Despite the long list, you don’t hear a whole lot of complaining about FEMA and its response to this myriad of disasters.  That is because of Craig Fugate.

I am a pretty tough critic of this Administration, as you may all know, but I have to give President Obama his due.  He did right by picking Craig Fugate to lead FEMA.  Even a blind squirrel gets a nut sometime.

Fugate is the master of disaster.  Now, if he could only fix our economy.