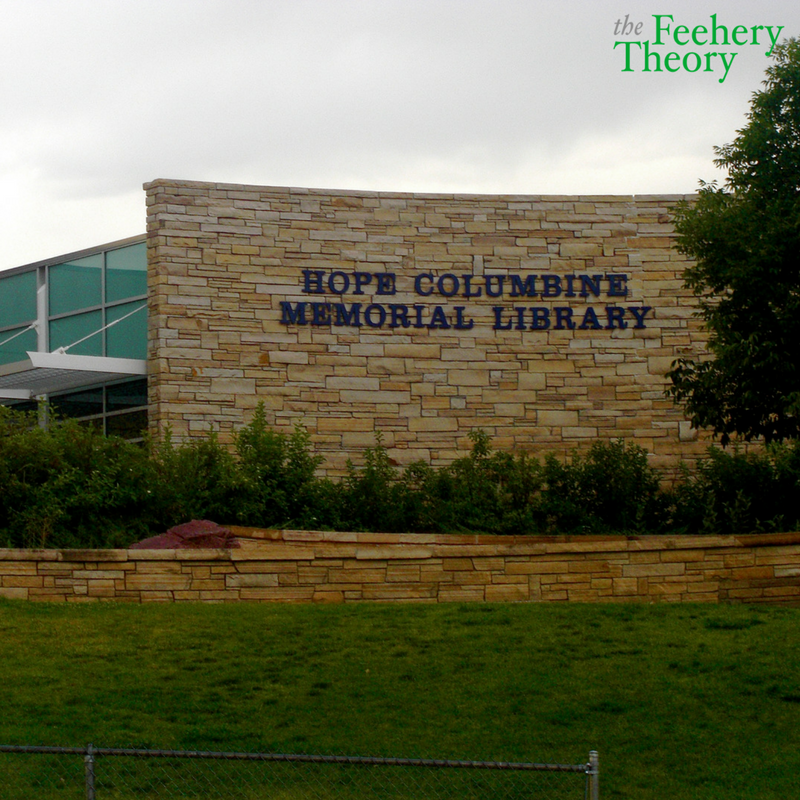 Months after my former boss, Denny Hastert, was sworn in as Speaker of the House, two young killers, Eric Harris and Dylan Klebold, hatched a plan to execute everybody in their high school, Columbine.

They almost succeeded, murdering 12 of their fellow students and one teacher.  The explosive devices that they had placed in the school cafeteria did not go off, otherwise, all 600 of Columbine’s students would have died.

Why would these two seniors embark on such a senseless and evil attack on their classmates?  And what could have been prevented to stop them from achieving their sick aims?

Obviously, we don’t have any really good answers to either of those questions because it seems to happen again and again in America.

The easy response is that we need to ban guns.

And we tried to do tighten up gun laws in the US Congress in the days following Columbine.

It was in that process that I learned about the bipartisan power of the National Rifle Association.

I am a squish on guns, mostly because I don’t own one and if I don’t have a gun, I don’t want everybody else to have one.

I am not from rural America, so I don’t have the cultural affinity that comes from living in the gun-toting parts of this country.

The Chairman of the Judiciary Committee during the Columbine gun debate was the iconic Henry Hyde.  He was a staunch pro-life conservative, but he also represented a suburban district right outside of Chicago which was similarly squishing on guns.

He teamed up with my boss to try to pass common-sense gun control.  He wanted to tighten up the so-called gun show loophole.  The debate that came to the floor two months after the Columbine attack centered on how much time should the Feds have to conduct an adequate background check on purchasers of guns.  The Democrats wanted to give the ATF three full business days, while the NRA believed that 24 hours was enough.

The NRA’s number one supporter was a Democrat, John Dingell, and the former Chairman of the Energy and Commerce Committee teamed with House Majority Whip Tom DeLay to offer an amendment that liberal Democrats viewed as a poison pill.

Hastert was in support of the Hyde bill as originally drafted, although he didn’t vote one way or another of the Dingell/Delay amendment.  When that amendment passed, it doomed final passage, because the Democrats didn’t think the final bill was strong enough.

NRA members similarly voted against the bill because they didn’t want any bill in the first place.

We dropped it as an issue.  The House had worked its will. Clearly, the House couldn’t come to any conclusion about the efficacy of gun control.

And here we are, after another school shooting.  Perhaps times have changed as the body count grows.

Looking back, I don’t think we took the right approach to responding to Columbine.

That incident was not just about guns.  After all, had the perpetrators been successful, we would have had bombs go off.

The question remains:  What the hell is wrong with these kids and what can we do to stop them from killing their fellow students?

Is it video games?  Is it a culture that deadens the senses and promotes death instead of life?  Is it a broken society where some kids lash out in armed protest because they have fallen through the cracks?

We talk about mental health but many of these killers don’t have readily apparent mental health problems.  Sure, they have some behavior problems, but they aren’t certifiably crazy, otherwise, they wouldn’t be able to plausibly buy guns.

So, what is the solution?

Well, first, let’s not go down the same dead-ends that we ran into after Columbine.

The country can’t agree on guns, about the efficacy of banning them, so let’s try to find things that we can agree on.

And what we can agree on is that we need to fill in the gaps so kids don’t fall through the cracks.  We can also agree that we need to do a better job of reading the warning signs and taking positive action when we see kids doing things that might lead us to believe that they might be dangerous to themselves and their peers.

Third, we can agree that we need strong school safety procedures.  How could this kid get into the Parkland High School when everybody knew he was a potential danger to the community?

Finally, we need to make it more difficult for people to legally purchase guns.  They need a background check, yes.  But they also need to have a thorough evaluation of their competence to own firearms.  How about we make it every bit as difficult to buy a gun as it is to drive a car?

Is that too much to ask?

The National Rifle Association needs to think long and hard about its own legislative strategy here.  Does it make sense to oppose everything and have the Congress fall into the hands of the Democrats?

Do they really trust Donald Trump to veto gun control legislation sent to him by Speaker Nancy Pelosi?

I wouldn’t.  The President is the ultimate pragmatist.  He is not somebody I would trust to hold the line against gun control.

I would work with Republicans now to pass something that passes the smell test but also doesn’t do serious damage to the 2nd Amendment.  Better to pay a little now rather than a lot more in the next Congress.