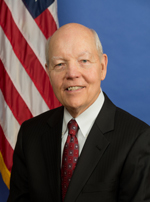 (This originally appeared in Political Storm)

The first time the House of Representatives voted to impeach somebody, it was a United States Senator.

William Blount signed the United States Constitution, was the paymaster for the Continental Army during the Revolutionary War, and was an esteemed Senator representing the great State of Tennessee.

But he was also a speculator who invested in risky real-estate schemes that put him in such financial difficulties that he conspired with the British to help them seize Spanish-held Louisiana to drive up land prices.

That scheme landed him in hot water with the House, which moved to impeach him despite the fact that he was Member of the Upper Chamber. The Senate declared that the House didn’t have jurisdiction to impeach one of its Members and used its own procedures to kick Mr. Blount out of office.

The House uses the power of impeachment sparingly, because it is awfully hard to get the Senate to go along. Mostly, the Congress takes aim at the Judicial Branch when it uses the impeachment process. Of the 19 people have been impeached by the House, 15 have been judges, two have been Presidents, one was a Senator and one was the Secretary of War.

It is usually the case that Members of the House take the power of impeachment seriously. Rarely, it becomes a political weapon because Members know that if the Congress engaged itself in serial impeachments, it would diminish the process and demean the institution.

I was involved, however tangentially, to the impeachment of Bill Clinton. Undoubtedly, Clinton lied under oath and brought shame to the office of the President. But the American people didn’t agree that he should be impeached and then convicted by the Senate for having sex in the Oval Office with an intern, and Republican barely held on to their majority when they made Clinton’s sexscapades the key issue of the 1998 campaign.

Congressional Republicans are now considering articles of impeachment of John Koskinen, the head of the Internal Revenue Service.

This process is being driven by the Freedom Caucus, that group of forty or so hardliners, who believe that the Commissioner has not been sufficiently forthcoming in producing documents related to a Congressional probe of the IRS harassment of Tea Party groups.

Impeaching Koskinen seems on its face to be an over-reaction and an over-reach. He wasn’t even at the IRS when the alleged abuse of these right-leaning groups occurred and he has testified on several occasion before Congress.

What is more troubling is that the Freedom Caucus is attempting to flex its muscles by going around the Republican leadership and the Committee leadership to bring a privileged motion on impeachment straight to the House Floor.

If they do that, they will put responsible Republicans in a difficult position. Nobody wants to vote to protect the IRS Commissioner by voting no. But voting yes to impeach the IRS Commissioner without giving him due process not only sets a terrible precedent for future Administrations, but brings discredit to the House of Representatives.

The Republican Party is the party of law and order. Rushing off to do a partisan impeachment of a non-partisan government functionary will diminish that brand and call into question the credibility of the entire party.

The Freedom Caucus, if it cares anything about promoting freedom in this country, should back off on its strong-arm tactics and follow the advice of its elected leadership and Committee Chairman.