Hip To Be Square

Hip To Be Square 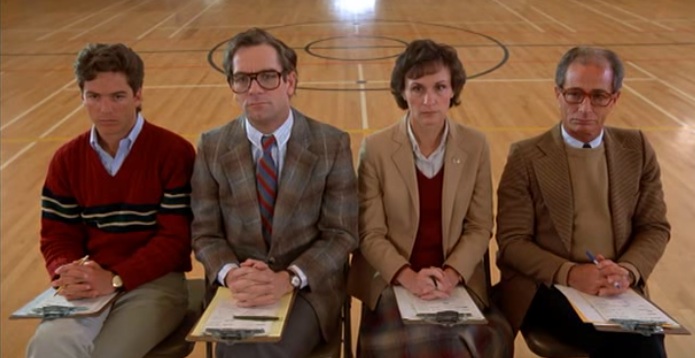 That is the big question as Mitt Romney readies himself to roll through New Hampshire.

Presidents, by and large, aren’t that hip.

Before BHO, our hippest President was Jack Kennedy.

He had the glamorous wife, the youthful visage, the promise of a new generation of leadership, and all the other accouterments of hipness.

He brought in poets to give poems, he threw great parties, and he had all kinds of pals in Hollywood.

Bill Clinton replicated the hip mystique of Kennedy’s Camelot.  He memorably played the saxophone on the Arsenio Hall Show (remember that one?), he had the wife who wasn’t going to be making any cookies, and he too had hip Hollywood friends.

But no President has been as hip as Barack Obama.  Obama is a jazz guy, and jazz guys are very, very hip.  Obama fills his iPod with all kinds of hip-hop music, too, and he scatters in the hip-hop language in some of his campaign speeches.

Hipness has its limits.  Hipness wears thin after a while.  It is not easy to always be the cool guy.

Mitt Romney doesn’t have an ounce of hip in him.

If Obama is Mr. Hip, Romney is Mr. Square.

Romney can’t bring himself to say God or damn in public.  He says gosh and darn.

His language seems to come directly from “Leave It to Beaver.”

Obama smokes and drinks at least a few beers.

Romney has never smoked, and while he once tasted a beer, he recoiled in horror over its taste.

Romney is far squarer than George W. Bush.  W. didn’t drink either while he was in the White House, but you always got the sense that he wanted to, given the chance.

W. smoked big cigars, and he was the cool guy at the Frat House.

Dick Nixon might have been the next squarest person next to Romney.  Nixon once took a walk on the beach with his wingtips and dark socks, because, well, doesn’t everybody walk the beach with their formal attire.

The only person, I think, who could compete with Romney as far as squareness is concerned was the father of the country, George Washington.  You just get the sense looking at the Dollar Bill that old George just felt the responsibility of the country on his shoulders and he shouldered that responsibility by being ramrod straight.

In 1986, Huey Lewis’s song “Hip to be Square”, reached number three on the song charts.

Maybe Romney should use that song as his campaign theme.