Hillary’s First Bout With the Media in 2016 Campaign 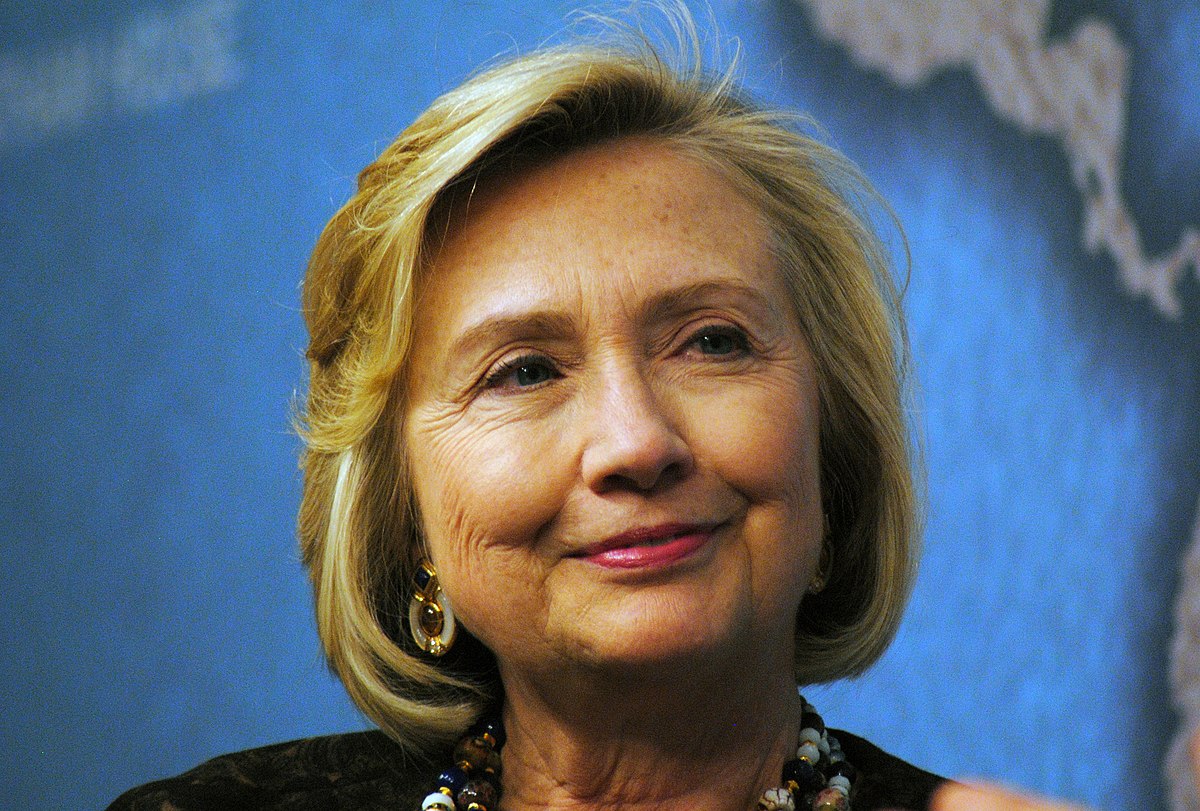 It was a big, soft paw, and the setting was more than a bit surreal.

I had the job of escorting Marilyn Quayle down to her seat on the West Front of the Capitol.  In typical Marilyn Quayle fashion, she was cold as ice, even though the weather in DC was relatively benign.

Clinton was getting sworn in to replace George H.W. Bush and Quayle was obviously grump about losing her position as Second Lady.   But she didn’t have to take it out on me, I thought to myself, as my efforts to make small talk (like saying hello), were met with hostile stares.

I had a relatively junior position with House Minority Leader Bob Michel, and they were looking for volunteers to help with Official Proceedings.   I was as capable as anybody in taking directions, walking down stairs, and guiding VIP’s like Quayle to her seat (which I am certain was not to her satisfaction.   That’s just the way she rolls).

In any event, after taking care of my pal Marilyn, I stayed in the tunnel looking out over the Capitol Grounds, behind the President, and that’s where I heard Mr. Clinton give his first speech as President.

To be honest with you, I can’t remember what he said (because it was a long time ago), but I do remember that after that inaugural address, I was about the only guy in the entryway back into the Capitol to great the newly sworn in President.

He looked me in the eyes as I offered him my congratulations, he bit his lip and he said,” Thank you.  Thank you very much.”

And he seemed very sincere in offering those thanks.

It was weird experience shaking hands with Bill Clinton right after that moment where he became our 42 President.

It was especially weird, because from my perch from the Leader’s Office, I had done my level best to derail his efforts to become President.

I had done research into his trip to Moscow, where he went as a college kid, and written a speech for one Member implying he was doing something inappropriate there.  I had written a speech for another Republican calling him a draft dodger.  I had written a third speech for a third Member that called Clinton a liar 11 times in a one-minute speech, which set some sort of record in the House of Representatives and precipitated a change to the rules of decorum in the chamber.

So, suffice it say, I wasn’t Bill Clinton’s biggest fan when he ran for the White House.

But he was our President now, and he deserved my congratulations.

Clinton would go on the highest of highs in the White House and the lowest of lows.

He balanced the budget (with the help of Republicans and a thing called the Internet) and reformed welfare.  He also cheated on his wife with a young intern and got impeached for his efforts to lie about it. (But then again, what President wouldn’t have lied about having sex with an intern like Monica Lewinsky).

My old boss, Tom DeLay tried his best to railroad Clinton out of office.

My new boss, Denny Hastert, had to do his best to make peace with Clinton and make the country run again.  I think those last two years of the Clinton Administration were the best two in showing how political leaders could put past resentments behind them and actually do some things for the American people.

That’s what Denny Hastert liked to do.  He liked to get good stuff done for the American people.

Hastert and Clinton achieved some important things together.   They got a New Markets initiative enacted that dramatically increased investment into the inner city.  They worked together on Plan Columbia, which finally ended the power of the Drug cartels and set that country on a positive direction.   Most significantly, they moved the country past the bitterness of impeachment.

I was thinking of Bill Clinton in the context of his wife, Hillary.

Hastert and Hillary clashed when she was trying to enact her healthcare law.

Hastert liked to tell the story about how Hillary fundamentally disagreed with the power of the marketplace when it came to health care spending.  In her mind, the American people weren’t smart enough to make their health care decisions, which is why the government had to step in.

In Hastert’s view, the government wasn’t smart enough to make health care decisions for the average American family which is why the market place needed to play a more dominant role.

Hillary’s press conference yesterday brought all of these thoughts to mind for me.

We won’t ever find anything in those emails (if we are ever able to see them in any event) because Hillary is far too smart a politician to write anything down that would be incriminating.

But that doesn’t stop us all from wondering why she did what she did to shield us from the truth.

Bill Clinton is a master politician.  He is the kind of guy who can make you feel like you are the only person in the world when he grabs your hand, bites his lip and says “thank you.”

That has always been his charm.  And that kind of charm goes a long way in politics.

Hillary Clinton has none of that charm.   She is tough.  She is secretive.  She is sarcastic.  She is calculating.  And she doesn’t really believe that the American people can be trusted to make their own decisions about anything.

Her press conference was well planned.

She did it at the UN, after speaking about how to help women in the world.   The implication, of course, is that if you are against her, you are hurting those same women.

She did it in front of the Security Council’s step and repeat.  Every picture of her includes the word’s “Security Council”, which only enhances her credibility of as a world leader.

The most quoted sound-bite of the press event had nothing to do with emails.  It was an attack against Republicans and their letter to Iran about the nuclear talks.  She basically called the GOP Senators a bunch of traitors.  Tough stuff and memorable enough to get quoted time and time again.

She took enough questions to once again be credible, but not too many questions to get her in trouble.  She was no Chris Christie.

She implied that the only emails that she deleted were about wedding plans, funeral plans and baby plans.  Yeah, right.  But hey, it makes for good copy.

From the press secretary’s point of view, she hit all her marks.

And yet, despite being technically proficient, the press conference lacked soul.  It lacked humanity.  It lacked the human touch.

I think that lack of humanity will be her biggest vulnerability.   She is not her husband.  She doesn’t have his political gifts.  She is too bitter, too tough, too defensive and too calculating.

She might have survived this first bout with the media.  But there will be other bouts.   Many others.