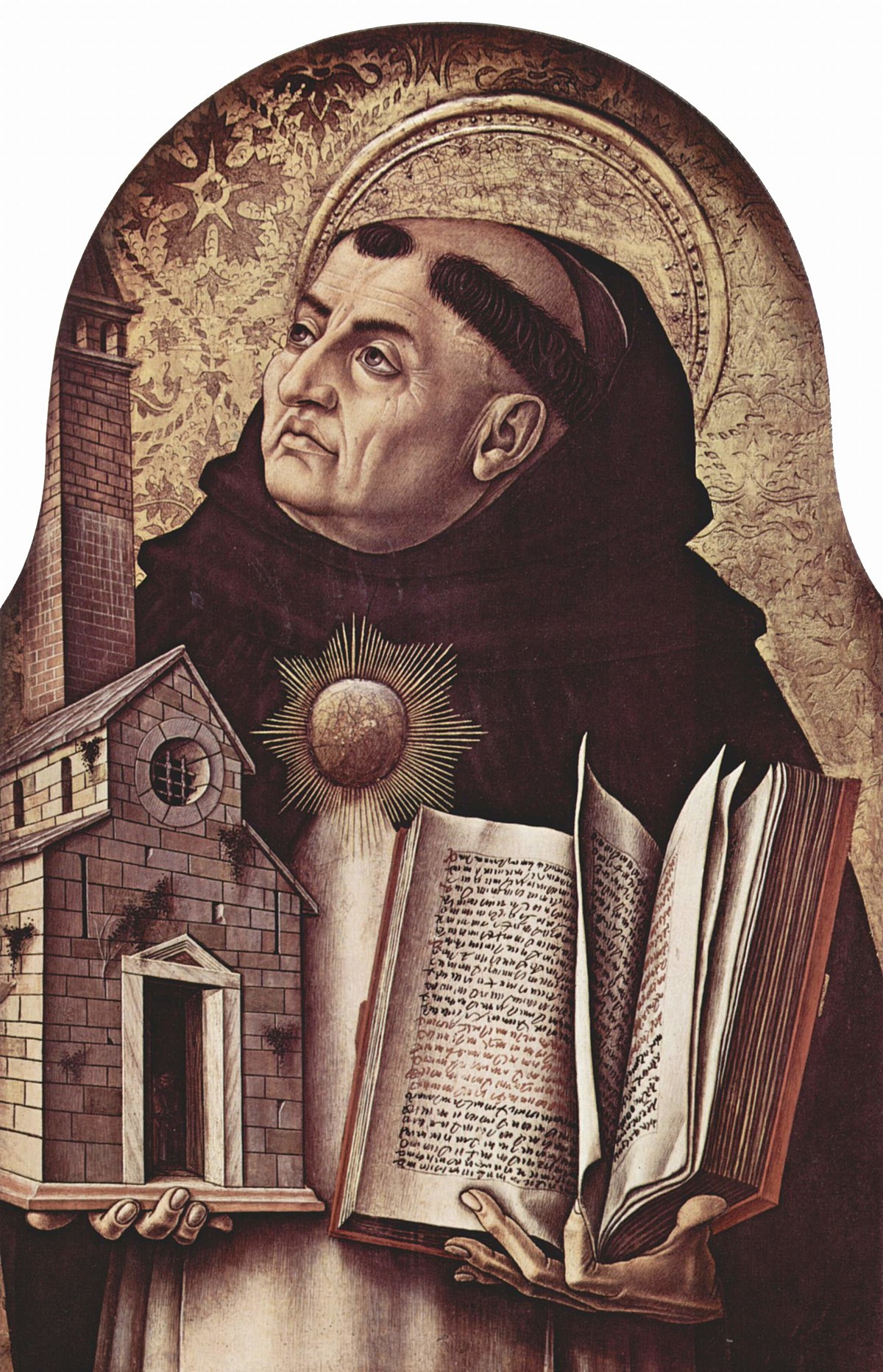 I am not an Aquinas scholar, as I suspect most of you are not.

But we all owe a debt to this brilliant thinker who changed the course of human history.

Aquinas wasn’t the first Catholic theologian to study the Greek philosophers and apply their lessons to Christianity.  Plenty of Irish monks had kept Aristotle, Plato and Socrates alive amid the darkest moments of the Dark Ages.

But Aquinas was perhaps the most famous of the Early Church Fathers to blend the wisdom of Aristotle with the revelation of Jesus Christ.

When young Thomas decided to join the Dominicans in his late teens, his parents reacted so negatively that they actually had him imprisoned in their castle for a year.   It says something about his obvious brilliance that Pope Gregory IV thought about directly intervening, but decided against it for political reasons.

Politics was never far from the mind of Thomas Aquinas, and his influence can still be felt on the political process.

Aquinas was one of the top scholastics of his era.  Those were teachers who adopted the Greek style of learning.  They used dialectic reasoning, based on the Socratic dialogues made famous by Plato.

Dialectic reasoning is different that debating.   Debates have a winner and a loser.   In a dialectic process, everybody wins because the truth is discovered, which quite often doesn’t happen in a debate.

What I remember from college about Aquinas is that faith and science shouldn’t conflict.

Faith and reason goes hand in hand, they complement rather than contradict each other, each giving different views of the same truth.

Aquinas helped to define for the Church and for Europe’s monarchs the good war.   He said that war was not legitimate for territorial expansion or for plunder or to convert heathens, but was totally legitimate for self-defense or to punish the guilty.  He also said that preventative war was fine, as long as you could prove that you were about to be attacked.

Aquinas was not infallible.  He said, for example, that dogs don’t have souls, which is obviously not true, as mentioned by Pope Francis.

What I like most about Aquinas is that he sets out a process of discovery that is vitally important for human advancement.

You can have both faith and reason, and they mutually reinforce one another.

Is there tension between the two at times?  Of course there is.

But as Francis said months ago, God is in the tension.  That’s where God resides.

For those who pray at the alter of the free-market, or who believe that Government is always the answer, let me say to you, that don’t let your faith get in the way of common-sense.

One of  my favorite quotes is from Thomas Huxley, the English biologist and famous defender of Charles Darwin’s theories on evolution.

All truth, he said, in the long run, is only common-sense clarified.

That pretty much sums up the Aquinas philosophy.

That’s why the Church is okay with the theory of evolution.

But it all had to start somewhere.  And in the Aquinas world-view, it started with God.

Makes sense to me.