GOP Leaders Should Have Gone To Selma 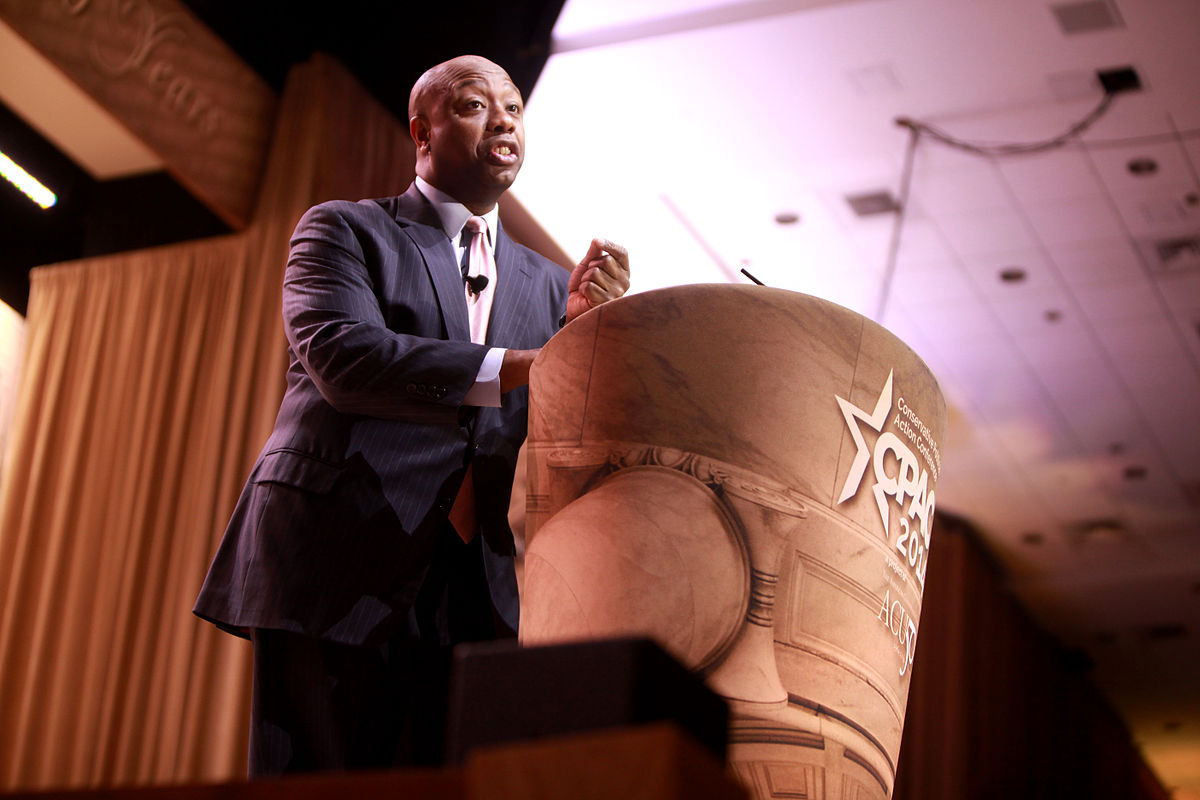 It’s a shame that the Congressional Republican Leadership didn’t travel to Selma to pay their respects to their colleague John Lewis on this historic anniversary.  A shame and a missed opportunity.

It was Woody Allen who said 80 percent of success is just showing up, and if Republicans want to be successful in attracting more voters, they need to show up at events like this.

Now, there will be Republicans there.  Tim Scott, George W. Bush, Rob Portman, a couple dozen others.

Lest we forget, there would have been no Civil Rights Act and no Voting Rights Act without the Republican Party.

He is very good human being, very humble, very focused, and very brave.   It takes courage to run in a Republican primary in South Carolina as a black man, but he had that courage and he has done very well. as a result.

I think his election shows that Republicans of all stripes have decided that we should look at the quality of the candidate, not the candidate’s skin color, when we decide how to vote.

We are still paying the price today for a history of unfathomable discrimination against black people.

You can’t routinely underfund schools, break up families, throw people in prison (so they can work for you for free, in many cases), deny opportunities to advance and then expect the African American community to not sustain lasting damage.

And as a matter of the budget, we are reaping what we sowed.  How much do we spend to pay for the prison industry or welfare programs or food stamps?

Some folks blame the social welfare programs for creating an entitlement culture.  And I do think poorly designed welfare programs, especially those that seemed most intent on breaking up families, have helped to contribute to many social maladies.

But let’s not kid ourselves.  The legacy of slavery and Jim Crow and discrimination lives with us today and we have to, for moral reasons, for financial reasons, and for plenty of other reasons, find a way to fix it.

That legacy lives on with policing.    I don’t blame the police for this, and I think most of them do wonderful work to protect our communities from bad people.

But the level of distrust between the black community and police forces around the country is very high and not getting any better.

First, we have to ask the cops to do less.  By that I mean, we have too many laws on the books and cops have too much power to enforce them.   We need to rethink the drug war and we have to make it harder for municipalities to use traffic tickets as a way to increase their own revenues.

Second, we need police forces to reflect the community.  We need to make it a requirement that the cops know the people they are policing, come from their neighborhoods, know them as friends and family.   The cops can’t be seen as occupying enemies.

Third, community leaders need to be pro-cop.   There can’t be animosity between the police and government leaders.   That goes without saying.  But in every community, there are activists, concerned citizens, and folks that other folks look up to.   These folks have to be friendly with the cops and vice versa.  There has to be mutual respect.  Otherwise, no progress will be made.

We have made so much progress as a country in the last 5 decades on the issue of civil rights, but the same cannot be said for the Republican Party.   Instead of maintaining our proud legacy – started by Abraham Lincoln – of tearing down the walls of racial discrimination, we have backtracked.

Just look at the percentage of votes that we get from black Americans.   We used to routinely get 30 percent of the black vote.  Now, it is less than 10 percent.

We will have a healthier country, a stronger nation, a better economy and a sounder budget, if we can figure this all out.

Republican Leaders should have joined the March in Selma.  If they can’t make it this year, they should mark it on their calendars for next year