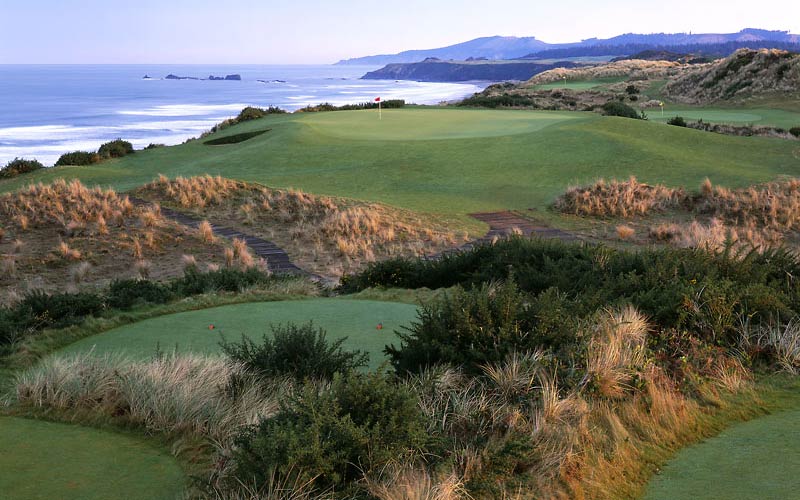 About twelve years ago, Mike Kaiser started construction on a golf course in southern Oregon called Bandon Dunes.  Kaiser, a former greeting card company owner turned mogul, had a vision of exporting a piece of Scotland into the Oregon coastline.

The course turned out to be smashing success, and it has turned into a complex of five magnificent golf courses, a spa, a hotel and a bunch of restaurants.  It is not a cheap place to play, but it has become a tourist Mecca, with duffers from around the world coming in to try their hand at links-style golf.

Oregon is a beautiful place to visit.  It has a thriving wine industry, a robust agriculture sector, and world-renown companies like Nike and Columbia outerwear.

But it also has a problem with crystal meth, especially in the more rural areas that surround Bandon Dunes.  Unemployment in some parts of rural Oregon goes well beyond the national average, and there is a sense of desperation and foreboding in some of the smaller towns, all because of crystal meth.

Kaiser is a very wealthy man, and his vision to build a golf course that looks like Scotland on the coastline of Oregon might seem self-indulgent.  And some of the rich people who go to play there might also seem to be a bit self-indulgent, spending good money on a silly game like golf.

But talk to the people who work at Bandon Dunes, and they are mighty pleased that Kaiser chose to be self-indulgent in such a grand way that gave them a good job at pretty good wages.  I talked to one caddy who looked at Kaiser as a hero.  He makes a very good living lugging golf bags around the golf course, a game he loves and a game he gets a chance to play on very regular basis.  I talked to young people who got their first job at Bandon Dunes, and older folks who were glad to get an opportunity to keep working.

There were happy to have jobs, yes, but they were genuinely happy to be working at a place as beautiful as Bandon Dunes. They worked hard, but they seemed to really enjoy the work and the setting and the people who came to visit.

I have written in this space about the changing nature of work in a society where fewer people are needed to produce more things.  Manufacturing jobs are disappearing and they aren’t all going to China or Mexico.  Many of them are just disappearing because automation, computerization and the information age.

If you look at the television series “Mad Men,” you could count very quickly the number of secretaries, stenographers, telephone operators, elevator operators and such who would be out of work if they tried to find the same jobs today.  Productivity and progress may be a good way to get cheaper products to customers, but they are also job killers.

I remember several years ago when the Democrats decided to raise tax on rich people by slapping a luxury tax on items such as yachts.  The theory went, as these theories go, that the rich would continue to buy the yachts, but at a higher price.  Of course, like all of these soak-the-rich-theories, this one was wrong.  Yacht sales declined precipitously, and the Democrats were forced to concede that the luxury tax was a jobs killer.