Getting to Four Percent 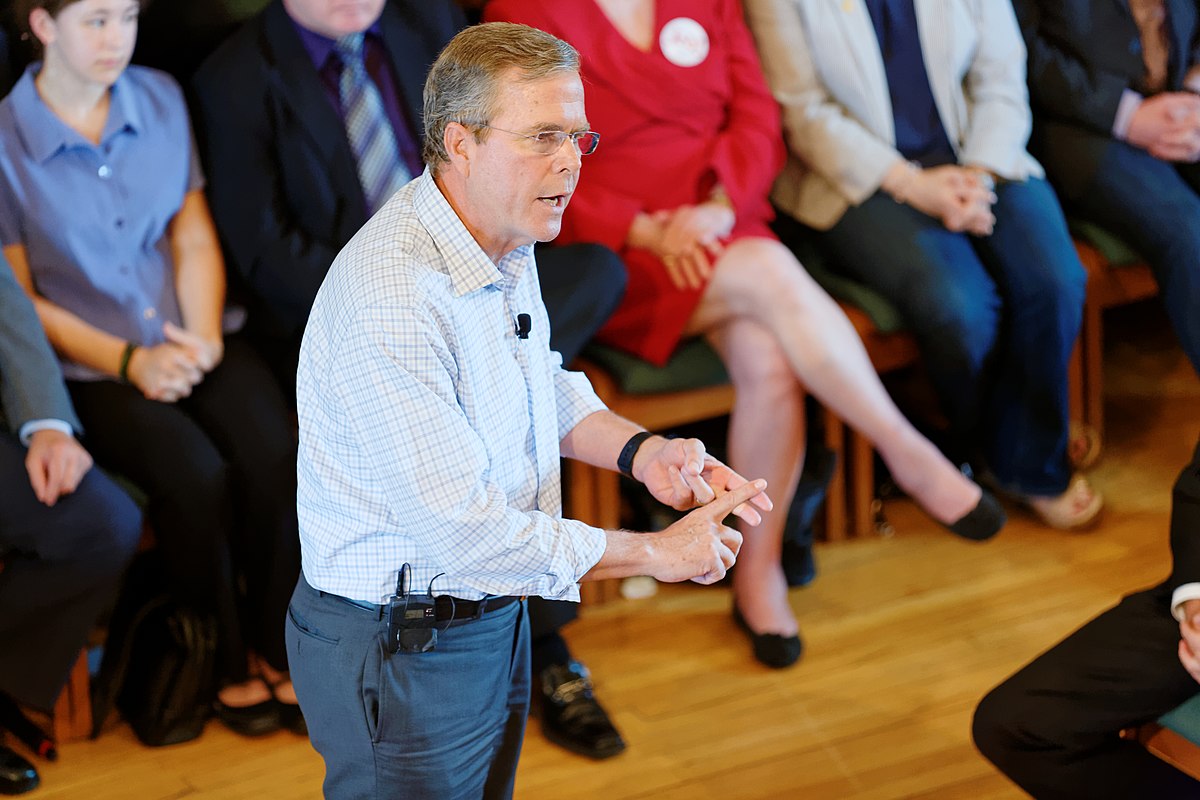 Jeb Bush has led the GOP field in talking about growing the economy at 4 percent pace.

But as the old joke goes, economists have predicted nine out of the last five recessions.

Bush kind of tripped over himself when he said that the American people are going to have to work a lot harder to get to that number, a statement that outraged Democrats.

Working harder is but one element of a fully humming economy.

The labor participation rate is at near historic lows in the modern economy.

To grow the economy at 4 percent, a few things must happen.

First, businesses have to stop employing illegal immigrants. Such hiring drives down wages and creates an underground economy.   We need fix our broken immigration system.

Second, we have to tap into the undiscovered or underdeveloped markets in our inner cities and rural areas.   Gentrification helps to turn urban areas around. It is a boon for construction and great for neighborhoods.

Cheap prices in the countryside should mean economic opportunity for enterprising companies, as long as the infrastructure is in place and as long as there is a qualified and trainable workforce.

Talking about the workforce, we need to get a better handle on the prevalence of drug abuse among too many Americans.   The Obama Administration has basically turned a blind eye to the problem, not enforcing federal laws on pot, and taking a laissez faire position on one of the biggest impediments to economic growth.   We don’t need to double down on the War on Drugs, but we do need an effective strategy to stop addiction in this country.

We need to get the government to stop its assault on lending in this country.

Both Republicans and Democrats spend way too much time beating up on the banking industry.

Some conservatives continue to beat the drum of breaking up the Big Banks, a stupid and dangerous anti-business idea.

On the left, Bernie Sanders and Elizabeth Warren sound similar themes about the evils of Wall Street, which is both predictable and wrong.

Dodd-Frank has to be repealed or at least, defanged.

There is this conspiracy theory that the Biggest Banks secretly wanted Dodd-Frank to pass because they wanted to put their smaller competition out of business. That’s ridiculous. No major company in their right mind would want to waste billions of dollars in counter-productive regulations just to make it more difficult for their imaginary competition to suddenly rise up.

Of course, Dodd-Frank has ended up working that way. Not one new community bank has opened up this year as a result of that avalanche of regulations that have come from President Obama’s signature achievement in the banking world.

To inspire lending, a couple of things have to happen.

The Fed needs to raise interest rates. Right now, interest rates are so low, that it inhibits risk-taking by lenders. If banks can’t make any money lending out money, they won’t make any loans. It’s not worth the risk.

Third, capitol requirements need to be made more rational.  There is no rhyme or reason to how the requirements have been implemented.  How can a bank lend out money to grow the economy if they are forced to store an unnecessary percentage of that money in their bank vaults?

And fourth, we need more common-sense regulations and less paperwork. I know that we are all gun-shy from the financial crisis, but there’s a balance here somewhere, and we have to find it.

Our tax code is a mess. We need to fix it. We need to make our corporate tax rate more competitive with the rest of the world. We need to fix our international tax system to bring money trapped overseas back home. And we need to broaden the base and lower the rate on the individual side.

America has a lot of untapped potential that if properly unleashed could lead to the growth envisioned by Jeb Bush.

I don’t see this as a pipe dream. It’s doable. We just need the right leadership to do it.