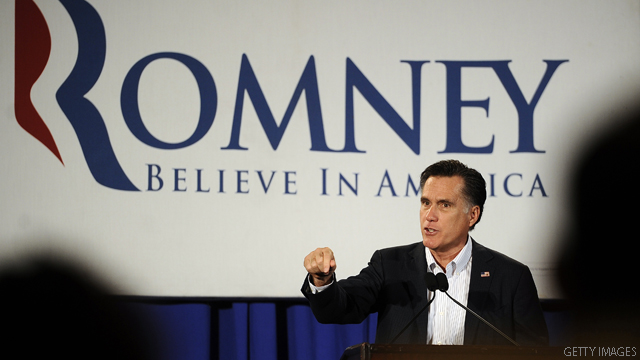 Lest you forget, this campaign started with a capitalist who got especially famous for saying “You're Fired.”

A long time ago, Donald Trump was the front-runner, but as soon as he discovered that he would have to release his financial records, he decided that his career as a non-politician was more rewarding than a life in politics.

Mitt Romney, thus, is only the latest Republican front-runner to admit publicly that he liked to fire people.

Romney was talking about health care choices, but his word choice was more than a bit unfortunate.  The Massachussetts Moderate (to use Newt’s memorable phrase) is now being beaten up from the left by his Republican rivals, an irony that is lost on nobody.

This is actually good for the Mittster, a further irony that has largely been lost on the media.  In fact, if I didn’t know any better, I would think that the former Speaker is trashing Romney on his Bain Capitol days at the behest of the Romney campaign.

It is called inoculation.  And in the world of the 24 news cycle, inoculation works wonders.

Barack Obama wrote in his book that he snorted cocaine.  He fired his pastor, Reverend Wright, during the Democratic primary, when it hurt him not at all.  The Illinois Senator’s close connection with a domestic terrorist also become a really big deal at exactly the wrong time for Republicans.   Even the Tony Rezko thing hit too early to have any impact on the election.

Obama got all the really bad stuff out early on, and by the time the actual election rolled around, then previously shocking wasn’t really much of an issue.

The Republican attack on Romney’s record as a capitalist is a bit surprising, because Republicans are supposed to be in favor of the free market.   But what isn’t surprising that somebody was going to attack Mitt Romney on his Bain Capital record.

This is an important learning period for the Romney campaign.  They should be testing the effectiveness of the Gingrich ads, not with Republicans, but with swing voters.  And they should be carefully testing what messages work the best to counteract those ads.

Romney is going to the get the nomination.  There is very little doubt about that fact.  But the general election is still in doubt and if the Massachusetts moderate doesn’t get his message right on his tenure as a venture capitalist, he will lose.

The fact that Romney likes to fire people is a little bit weird.  Nobody I know likes to fire anybody.  It is a distasteful process.

But the fact of the matter is that a lot of people need to be fired who currently work for the Federal Government.  We are going broke as a country, and we can’t afford the workforce that we have.  So maybe, having somebody who enjoys the process for firing people is exactly who we need in the White House.

That being said, the Romney campaign can’t be too happy with their candidate today.  The usually disciplined front-runner screwed up using language that will bite him in the butt in a series of 30-second ads for the next several months.

But if you are going to screw up, the timing probably couldn’t be better for Mr. Romney.   He won’t be fired as the Republican front-runner, no matter how much he likes to first people.