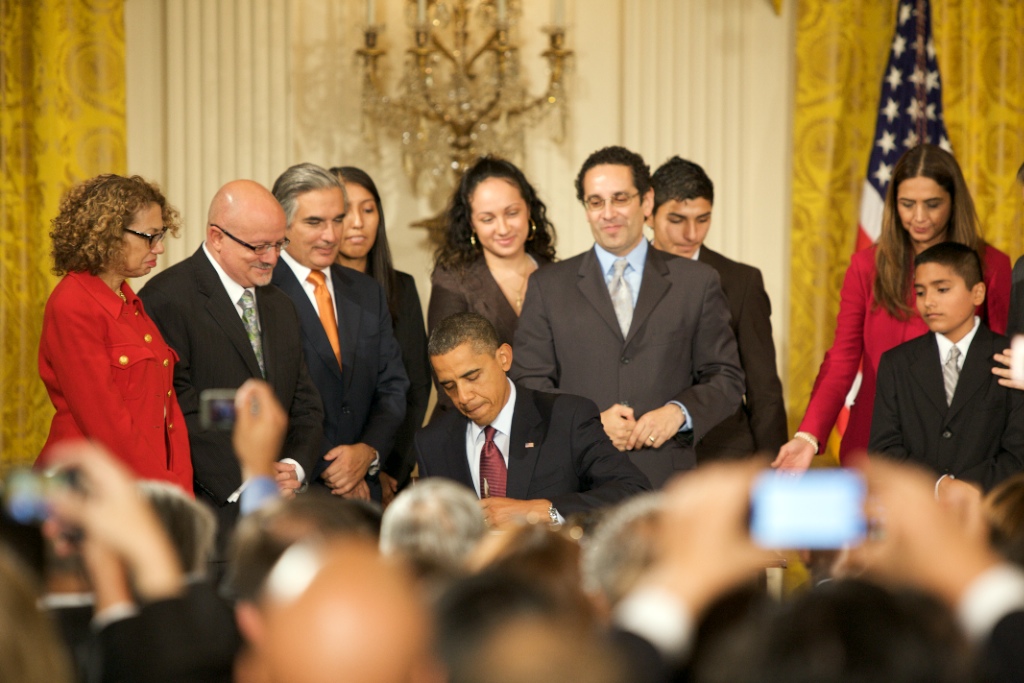 
The President’s power to issue an executive order is not spelled out in the Constitution.

And for the first 75 years or so of our Republic, an executive order wasn’t even made public.  They were just directives sent from the White House to the various agencies, telling them what to do.

Executive orders started being numbered in the Lincoln Administration.

The first guy to really go crazy on Executive Orders was Teddy Roosevelt, who issued more than a thousand of them.  He had the Bully Pulpit and he was determined to use it.

His cousin, over his four terms as President, issued more than 3000 executive orders.  Interestingly, he started the Export-Import Bank with an Executive Order.

Presidents use executive orders when they know Congress won’t do what they want to do.

Sometimes Congress follows along, as in the case of Ex-Im bank, which ending up passing a law establishing it.

Quite often, Congress just lets the Executive Order to be the de facto law of the law.

President Truman integrated the Armed Forces with an Executive Order.    That one stuck.

Truman tried to use an executive order to seize control of the nation’s steel mills during a strike.  The Supreme Court ruled that he didn’t have the power to take such an action.

Richard Nixon cited executive privilege in keeping tape recordings out of the hands of prying investigators.  A combination of legislative power (the impeachment process) and the courts ruled against him.

It is pretty rare for the Legislative Branch to successfully stop a President from using his Executive Authority to issue Executive Orders.

The Legislative Branch, in theory, can use the power of the purse, to cut off the money to fund certain orders.

That power works when there are big bipartisan votes that can make the President think twice about using his veto pen.  Otherwise, the whole veto thing is merely a game of political positioning.

For the Judicial Branch to actually be successful, an executive branch action must actually be out of the bounds of constitutional law.

For the Legislative Branch to be successful, it must be able to over-ride a Presidential veto.

Congress rarely if ever wins when the government shuts down.

And for the record, Presidents don’t either.

The government shut down for a while when the Reagan, Bush, and Clinton were President.

Clinton and Gingrich both endured bad poll ratings when the government shut down for a couple of weeks, although both survived the next election.

Gingrich was thought to have taken on more of the abuse, and he was deposed as Speaker in 1998.

Obama doesn’t have to run for President again and it would seem that he has a lot less to lose should the government shut down over the latest battle on immigration reform.

The Speaker and the incoming  Majority Leader know they have short time to make first impressions on the voters when the Republicans get the chance to run the government in January.

I can’t see how a government shut down fits into the narrative that the GOP has the chops to actually govern.

It seems to me that the best strategy is to put the Democrats on record defending this executive order with a clean vote.

And then file a lawsuit to see if the President has actually overstepped the line, constitutionally.

Otherwise, they should do their best to win the White House.   The best way to get rid of an executive order is to have another executive reverse  it.