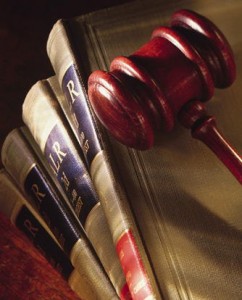 In these days of intense partisanship and over-the-top rhetoric, it is somehow appropriate that the one thing that Congress would agree to repeal is the CLASS Act.

It goes without saying that our society has slipped more than a few notches when it comes to class. You go to a baseball game today, you have more of chance of seeing somebody’s buttocks hanging out of their pants then seeing somebody dressed up in a suit and a tie. When Babe Ruth was playing baseball, folks took care to look nice.

It used to be that the airwaves were strictly regulated in what people could say. George Carlin made fun of the seven deadly words. Now, flatulence jokes are passé and our cable networks compete to shock parents and children alike.

So, for the Congress to repeal the Class Act seems entirely appropriate given the kind of society we live, although you could make the case that what America needs is more class and not less.

Imagine my surprise then when I look up the CLASS Act and find out it has nothing to do with class. Nor does it have anything to do with the classroom, another likely subject.

Nope, the CLASS Act has something to do with long-term health care.

The CLASS Act is a new entitlement program foisted up taxpayers in an era where we can’t afford another entitlement program. CLASS stands for Community Living Assistance Services and Supports Act, in case you were wondering. I observe the political process pretty closely, and the first I heard of the CLASS Act was when I found out that some responsible members of Congress wanted to repeal it.

My question is simple: How did the CLASS Act become law in the first place without anybody knowing about it? What other pieces of unsustainable garbage were included in the vast over-reach known as Obamacare?