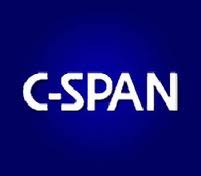 On June 11, 2002, when American Idol premiered on the Fox Network, it introduced the American people to its first taste of crushing reality. Thousands of people auditioned in front of three judges, hoping upon hope that they would grab the brass ring, that their singing talents were so immense, they would be big star.

Simon Cowell, who had the guts and the fortitude to tell the would-be singers that they sucked, mostly crushed the hopes of the overwhelming majority of contestants. Cowell wasn’t nice about it. He was brutal. And it was just about what America needed to hear. We can’t all be stars. Some people have voices that are best left in the shower.

The trainers are merciless. They don’t spare anybody’s egos. They practice tough love. And they don’t beat around the bush. America is way too fat and we all know it. To get less fat, we have to face reality. We have to eat way less and exercise way more. And if we want to survive, we have to get working on it soon.

These shows have helped pave the way to the new reality show: C-Span.

And the new reality is the fact that we are going broke as a nation.

C-Span is a good place to watch this reality show, because it doesn’t give you the “analysis” that comes from the left and the right. It doesn’t have the Rachel Maddows of the world blaming everything on rich people. It doesn’t have the Glenn Becks of the world blaming everything on Barack Obama. It just has the politicians making their cases in many different forums, including in the House of Representatives, the Senate, and increasingly, in the State Houses.

The debates that are currently roiling Madison and Columbus and Albany are all too real. These states are going broke faster than the Federal government, mostly because they can’t print their own money like they can in Washington. They have to make the tough choices now, and that means cutting jobs, cutting back on pensions, and requiring everybody to pay more for health care.

Chris Christie is the biggest star on the C-Span reality show, but he isn’t the only one. Mitch Daniels, Andrew Cuomo, Jerry Brown, Scott Walker, and John Kasich are all facing the same choices.

Soon enough, those debates will hit Washington. Perhaps we will have a government shutdown as a result, but maybe not. Shutdowns tend to bring reality home, not just for the politicians, but also especially for the voters. Sometimes, that is the only way to really get their attention.

I think the American people are ready for some tough talk. They have seen Simon Cowell, and Bob Harper and Jillian Michaels, and they are ready for reality. At least, I hope so.