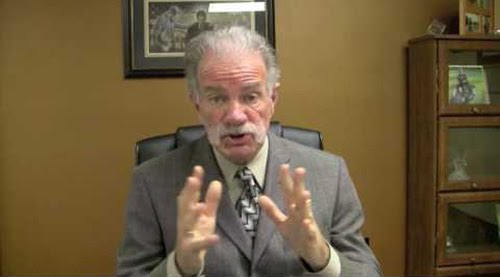 A couple of decades ago (man, I am getting old), I remember watching the Cubs game (which was unusual for me, because I am a Sox fan), when I saw a couple of hippies run out onto Dodger’s Stadium (where they were playing)  and attempt to set fire to an American flag.  Rick Monday, the Cubs center-fielder, swooped in the snatch the flag from the rabble-rousers, saving the day and America’s honor.

At the time, America was down in the dumps.  It was 1976, and while we were celebrating America’s Bicentennial, we were also dealing with the aftermath of Watergate, Viet Nam, and the start of a stalling economy beset by both high inflation and creeping unemployment.  When Monday saved the symbol of American freedom, it was a special moment, perhaps a turning point in the American psyche.  Monday was quoted saying once, “If you are going to burn the flag, don’t burn it around me.”  It was a great quote, because the Cubs center-fielder acknowledged that while in America, people have the right to do stupid things like the burn the flag, citizens also have the right to oppose them.

New York Mayor Michael Bloomberg said something that I agree with yesterday when it came to the proposed actions of a Florida Baptist Preacher, who has promised to burn the Koran as a way to protest the 9/11 attacks.  He said that Rev. Terry Jones has a Constitutional right to burn the Koran, and  "in a strange way, I defend his right to do that.”  Bloomberg, who has taken the lead in defending the building of Mosque near the 9/11 site in New York, has some credibility when it comes to fighting for religious pluralism.

The issue became especially hot when General David Petreaus weighed in against the Jones’ plan, saying that such a demonstration would put American lives in danger in Afghanistan.  While I am sympathetic to the general’s concerns, I think his comments send exactly the wrong message to the Islamic world.

Jones shouldn’t be told that he should stop his plans to burn the Koran because it might put our troops in danger.  That excuses the actions of radical Muslims who really don’t need much excuse to target Americans anyway, as if it were Jones’s fault that these guys were going to try to kill us.

Instead, the Baptist preacher should be told that his demonstration is a sign of weakness.  Just as the Iranians burn the American and Israeli flags when they are mad at our policies, such an act looks silly.  When Iranians burn and stomp on our flag, it doesn’t hurt us much nor does it hurt our national interests.  It might hurt the flag, and it could hurt somebody in the crowd who might get burned, but beyond that, it has no lasting impact.

Burning a book, even a sacred book, like the Koran, or the Bible, or the Torah, or the Book of Mormon, or whatever book you hold to be sacred, is really not that big of a deal.  There are plenty more Korans, Bibles, Torahs, etc, out there.   It is not the books themselves that are important; it is the ideas contained in those books.

A book is published by a book publisher, and then bought by a customer.  The books content may be sacred revelation (or it may not be, depending on your view of the particular religion), but the book itself is man-made.  Lots of people make money publishing the material.  Burning books it is not an affront to God.  He created people who can make more books, should the need arise.

As Barack Obama says, this could be a teachable moment for the Muslim world.  If Jones goes forward with his plan to burn the Koran, there should be counter-demonstration that burns a copy of every Holy Book known to man.  We should throw Julia Child’s cook books in there for good measure, for her books are a bible to all the chefs out there.

And as we burn these books, we hopefully will come to the conclusion that it is not the books themselves that are important.  It is divine revelation present in them.  A book is an inanimate object.  Divine revelation is bigger than any book.

What would be especially useful in such joint exercise (symbolically speaking, of course) is that it sends the important message that if we continue down this path of religious intolerance, hatred and extreme sectarianism, we will all get burned together.